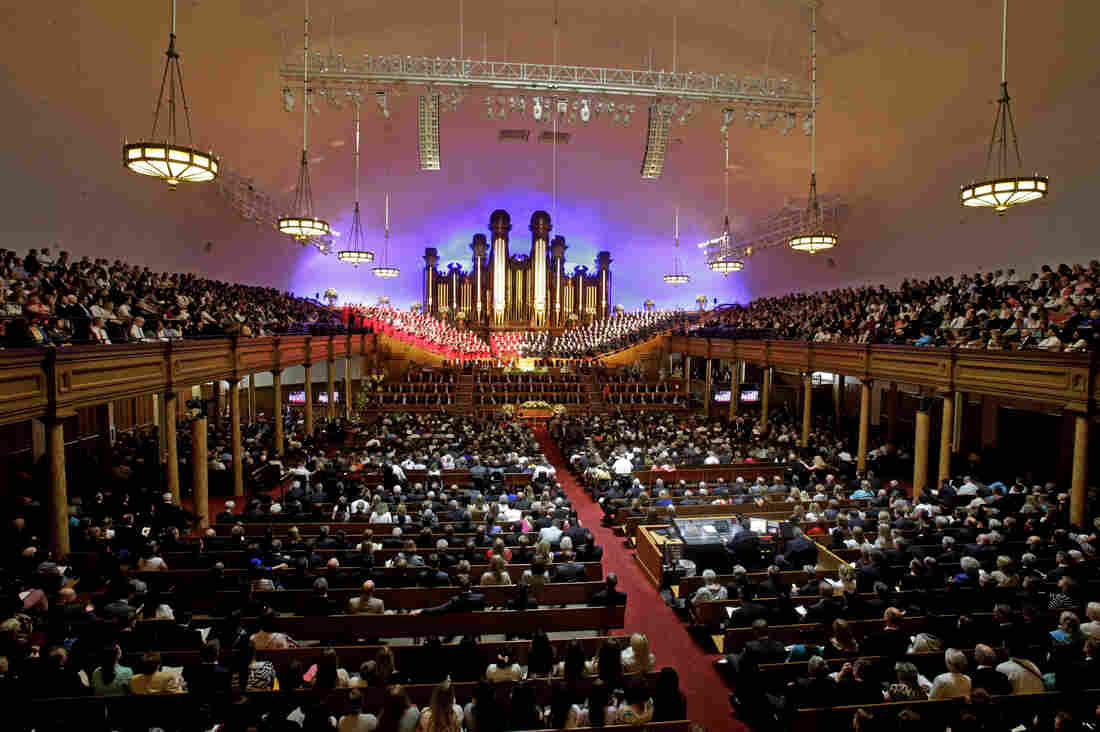 A public funeral is held for Mormon leader L. Tom Perry on June 5 at the Salt Lake Tabernacle in Salt Lake City, Utah. Perry was a member of The Church of Jesus Christ of Latter-day Saints’ highest governing body, the Quorum of the Twelve Apostles. He died at the age of 92 from cancer. The recent deaths of several high-ranking church leaders are expected to prompt new appointments. Rick Bowmer/AP hide caption 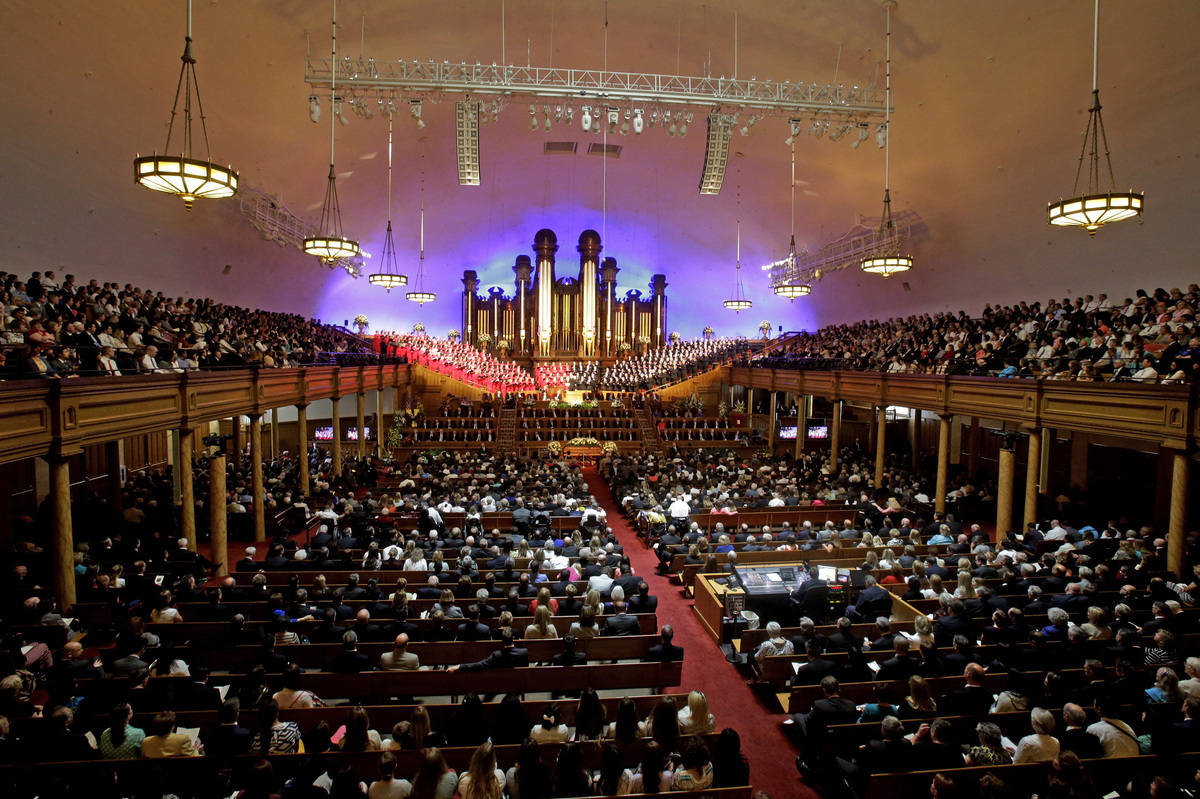 A public funeral is held for Mormon leader L. Tom Perry on June 5 at the Salt Lake Tabernacle in Salt Lake City, Utah. Perry was a member of The Church of Jesus Christ of Latter-day Saints’ highest governing body, the Quorum of the Twelve Apostles. He died at the age of 92 from cancer. The recent deaths of several high-ranking church leaders are expected to prompt new appointments.

The Church of Jesus Christ of Latter-day Saints has lately been confronting questions about ethnic diversity, gender equality and LGBT rights.

Now the church’s believers, and its critics, are watching closely to see what a membership shake-up might mean for the church. The senior governing council of the Church of Jesus Christ of Latter-day Saints is expected to name three new leaders to the Quorum of the Twelve Apostles after the fairly recent deaths of three elder members.

It’s an unusual opportunity for an organization whose leaders are appointed for life. As the Associated Press notes, the last quorum member was chosen six years ago, and it’s rare for there to be this many openings at once: the last time three spots were available was in 1906.

And the last few decades — let alone the last century — have seen tremendous changes in the church.

«Over the last 20 years or so, the majority of members of the church are no longer in the U.S.,» says Matthew Bowman, author of The Mormon People: The Making of an American Faith. «Most are now in the global south.»

Some wonder if that shift will be reflected in the new appointments. But wherever they hail from, one thing is known for certain: all three new members will be men.

Bowman, associate professor of history at Henderson State University and a Mormon himself, joined NPR’s Scott Simon to discuss possible changes with new leadership and what the shakeup could mean in the face of social issues and the global expansion of Mormonism.

On whether new leadership will change the Church

I wouldn’t expect too much change. Even though the three new appointees will join the second-highest governing body of the church, they will still be junior apostles. And … these leaders of Quorum of the Twelve are usually chosen from the middle level leadership of the church, which means that they will already be generally in support of what positions are currently held.

On the likelihood the council will choose someone from outside the U.S.

I certainly wouldn’t be surprised. I think Mormons have been waiting for that for quite a while now. It’s becoming, I think, more likely every time a new vacancy opens up, so this very well could be the year.

That’s an interesting question to ask, and it’s one that actually runs somewhat at cross-purposes with similar desires for a more diverse leadership — because if these new apostles are chosen from the global south, just given the cultural predilections … I think it actually might be less likely. So I think advocates for greater female participation in leadership might actually prefer new leaders from the global north.

I think that’s actually likely. The quorum has been getting steadily older over the past 20 years. It’s been very frequently the oldest quorum ever … Since the higher you rise in length of membership, the higher in leadership you are, it means the highest leadership in the church is quite old, indeed. The current president is 88.

On whether there is still anti-Mormon prejudice in the U.S.

I think most small religious groups have a lot of misunderstanding, a lot of distrust about them. Mormonism, in particular, I think is suspect for many of the same reasons that Roman Catholicism has been historically suspect. That is, there is a sense that the members of the church follow high leadership rather than making their own decisions. They appear sort of secretive, they practice rituals that are uncommon to many other people — but I suspect many of these fears are due to a lack of awareness, lack of knowing a Mormon yourself and misunderstandings.