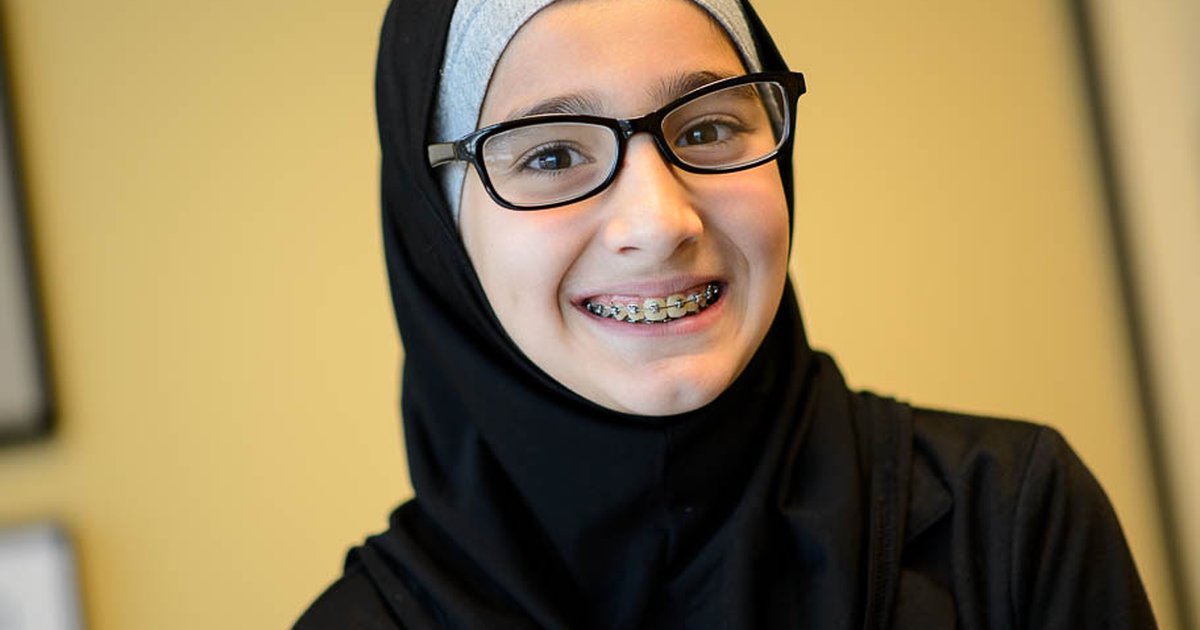 Maram Al-Shammari was playing outside during recess when she felt a tug on the back of her head.

She turned around to see a boy from her fourth-grade class standing behind her and laughing. In his hand, he held the white cotton hijab she had wrapped around her head.

“That was fun,” he shouted.

Al-Shammari quickly pulled up the hood of her coat to cover her hair. Then she ripped the scarf away from the boy and ran to the restroom. Once inside the school, she told the principal and her teacher what had happened.

“The teacher didn’t believe me, and she took the bully’s side,” Al-Shammari, now 11, recounted. “They refused to believe me at all.”

Al-Shammari talked about her experiences at Mill Creek Elementary School — with her hijab being pulled off nearly two years ago in April 2017 and several cases of bullying based on her being Muslim since then — on Thursday at the offices of the Refugee Justice League, a Utah-based group that offers legal representation to refugees experiencing discrimination.

In the past few months, league founder James McConkie has talked to three or four other families with daughters whose hijabs have also been pulled off at schools throughout Salt Lake County, he said.

“It’s hard to know how ubiquitous this problem is,” he said. “But we need to raise the level of consciousness to these kinds of issues.”

McConkie and Al-Shammari have launched a push to ask that all of the school districts in the state update their policies on bullying to include specific references to students being targeted based on religious clothing, including language on hijabs, turbans and yarmulkes. They’re also recommending that administrators and teachers take additional training on sensitivity and acceptance of religious expression.

Al-Shammari said that though one boy pulled off her hijab, he is part of a group of students who have mocked her faith. Others have called her “toilet paper head” when she’s worn white hijabs, and she switched to wearing black scarves because of it. A few more have encouraged each other to pull off her scarf like the first boy, she said.

Horsley said none of those comments has been reported to the district. And he intends to follow up with Al-Shammari’s family. The school’s principal referred all questions to Horsley.

McConkie believes the district might be missing the point.

“That’s the problem when something like this happens: We interpret it to not be a problem because refugees are involved. It doesn’t matter if the boy is a refugee or a nonrefugee. The issue is to create a safe environment,” he said. “We’re not zeroing in on one person.”

After hearing from Al-Shammari and her parents last year, Refugee Justice League attorneys talked to school officials and “successfully addressed the situation” there, McConkie said. Horsley confirmed the district spoke to the boy and his parents about the case, explained the significance of a hijab and “disciplined appropriately.”

About 75 percent of the refugee students in Utah are enrolled with Granite School District, Horsley added; most that come to Utah settle in Salt Lake County, much of which is inside district boundaries. The administrators there are invested in preventing cases of harassment and investigating any that do take place, the spokesman said. The district’s schools conduct annual trainings on respecting ethnic and cultural heritage and teach students about religious wear and symbols.

“That education piece is so critical because a 9-year-old kid is not going to be reviewing our 14-page policy,” Horsley said.

That policy — though it doesn’t specifically mention the clothing the Refugee Justice League has suggested — prohibits harassment or discrimination based on an “individual’s age, race, color, sex, pregnancy, religion, national origin, marital status, disability, sexual orientation, or gender identity, or because an individual conforms or fails to conform with a real or perceived stereotype.”

And, it notes, any student who breaks it could be disciplined with suspension or expulsion.

“We feel like if this had been a case about religious discrimination then our policy would have been more than adequate to handle it appropriately,” Horsley added.

McKell Withers, a former superintendent of Salt Lake City School District and board member for the Refugee Justice League, helped draft a letter to send to the districts in Utah about religious clothing and expanding the language in policies. He wants schools to appreciate diversity and what it brings to classrooms.

Currently, he said, there’s a lack of understanding among students and teachers on the severity of a hijab being forcibly pulled off. Withers noted: “It’s a challenge for schools to sort out the difference between play and problems.”

Maysa Kergaye, a Muslim resident of Holladay, said a hijab means something different to each individual who chooses to wear one. For her, it symbolizes her faith and is a part of her identity.

When her daughter chose to wear one in the sixth grade, her teacher reached out to talk about the significance so she could explain it to the class. Kergaye would like to see more of that in Utah schools.

“Schools need to try to do programs to educate the other children about these things, so they’re not doing things out of fear or ignorance,” she said. “When someone pulls it off, it’s making a statement, demeaning you and your faith.”

Al-Shammari decided to wear a scarf when she turned 10 in January 2017. Her family fled Iraq when she was a baby, and she feels the hijab connects her to Islam and shows that she is a believer.

The boy at her school tore it off less than four months after she started wearing it; that’s when the taunting began, too. It hasn’t stopped for the two years since, she said. She is now in sixth grade.

“I hope that they make a rule in all schools that says you can’t pull it off. I hope that so much,” she said. “I don’t want other girls who wear the hijab to suffer like me.”