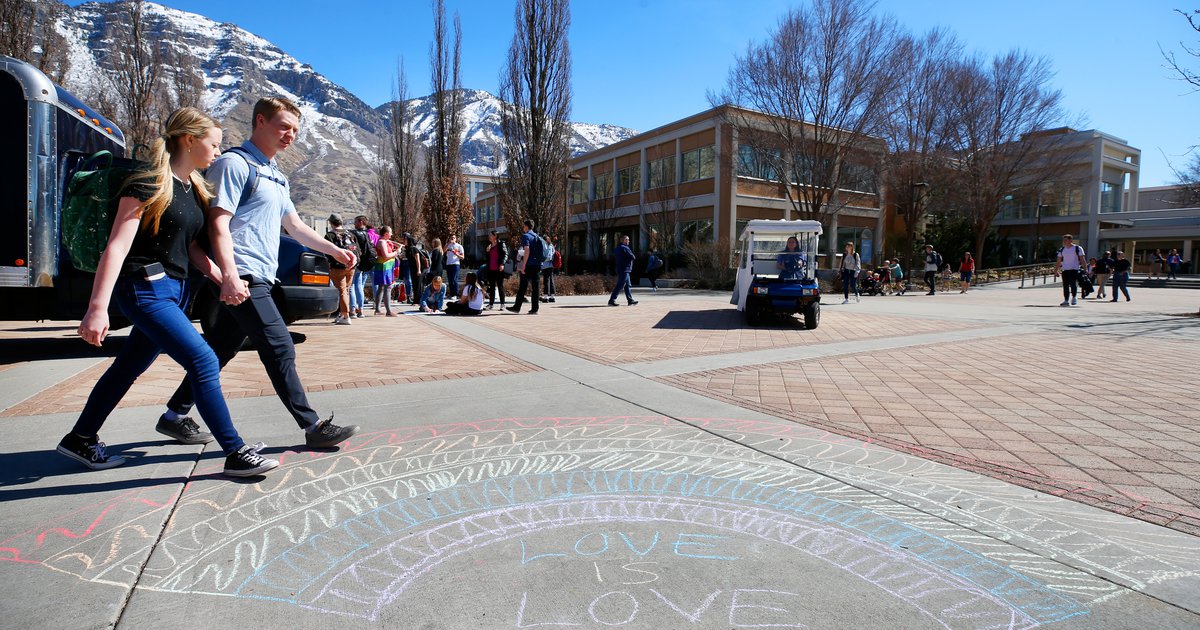 Jim Brau, who teaches in BYU’s finance program, wrote in a letter to his students this month that he’s been targeted over his comments, particularly by “alt-right online groups.” And because of the threats to attack his wife and kids, he added, he is “no longer comfortable” posting his class discussions online.

“No other business pre-req class that I am aware of does YouTube, so now we will be consistent with all of them,” he noted in the brief message. “Thank you for your understanding.”

Last month, BYU removed the section from its Honor Code on “homosexual behavior.” When the change became public, many on campus were confused and questioned what it meant. Brau knew his class would be thinking about it, he said in the video, so he called the Honor Code Office for clarification and told the staff there that he intended to talk about their response with his 1,200 students.

On Feb. 20, he told his class that he had asked the office: “Can you date and be gay at BYU?” The staffer there responded, Brau said, noting, “The Honor Code no longer prohibits that.”

He offered a practical perspective, noting that students who later get jobs will work with LGBTQ individuals and need to be welcoming. He pointed out that a former student of his was recently fired from “our No. 1 recruiting company” for making homophobic comments to a gay co-worker. “I’m just saying, we need to be more Christ-like,” Brau suggested.

The 10-minute discussion from the middle of his class spread quickly online and on social media, where many celebrated the professor’s take. Before a clip of it was taken down from YouTube, it had more than 20,000 views. Brau has also removed the full-length version from his page.

Many students celebrated the change before and after that day, feeling open to come out as LGBTQ and kiss or hold hands with a person of the same sex. Some, too, had talked to the office themselves and heard the same answer.

But last week, The Church of Jesus Christ of Latter-day Saints, which owns BYU, put out a statement that formally clarified for the first time that same-sex romantic behavior is still “not compatible” with the rules at the school — even if it’s not spelled out in the Honor Code.

The code — which includes a strict dress code and a ban on drugs, alcohol, coffee and tea — previously had prohibited “all forms of physical intimacy that give expression to homosexual feelings» at the university. Those who acted on such feelings could be punished or suspended — and still can.

The professor could not be reached for comment Monday. BYU’s spokeswoman, though, said Brau has been in contact with campus police.

“We are aware of online threats but have received no credible reports of death threats,» said school spokeswoman Carri Jenkins in an email. «University Police takes a report of any threat very seriously. We will continue to work with Professor Brau to make sure that he feels safe at work and at home.”

In his letter to students, Brau said: “After one of our class videos went viral, my family and I have been receiving threats from alt-right online groups and other online posts.”

Since the changes on campus, those alt-right individuals he’s referring to — known as DezNat, or Deseret Nationalists — have pushed the school to not allow gay dating and celebrated when the church reaffirmed it wouldn’t. Some have specifically targeted LGBTQ students at BYU. And a few have read out loud on campus the faith’s “Family Proclamation.” That document says that gender is “an essential characteristic of individual premortal, mortal, and eternal identity and purpose» and that marriage is, for the church, only to be between a man and a woman.

Tensions have been high on both sides, but the threats against Brau show how threatening it’s gotten.

He had said during his lecture: “I do realize for some of us, including me, who have been praying for this moment for years, today is a massive watershed. For others of you, this is a huge struggle and I understand that. … But if you see same-gender couples walking around campus, being respectful, acting like straight couples, that’s really going to get you ready for the real world.”