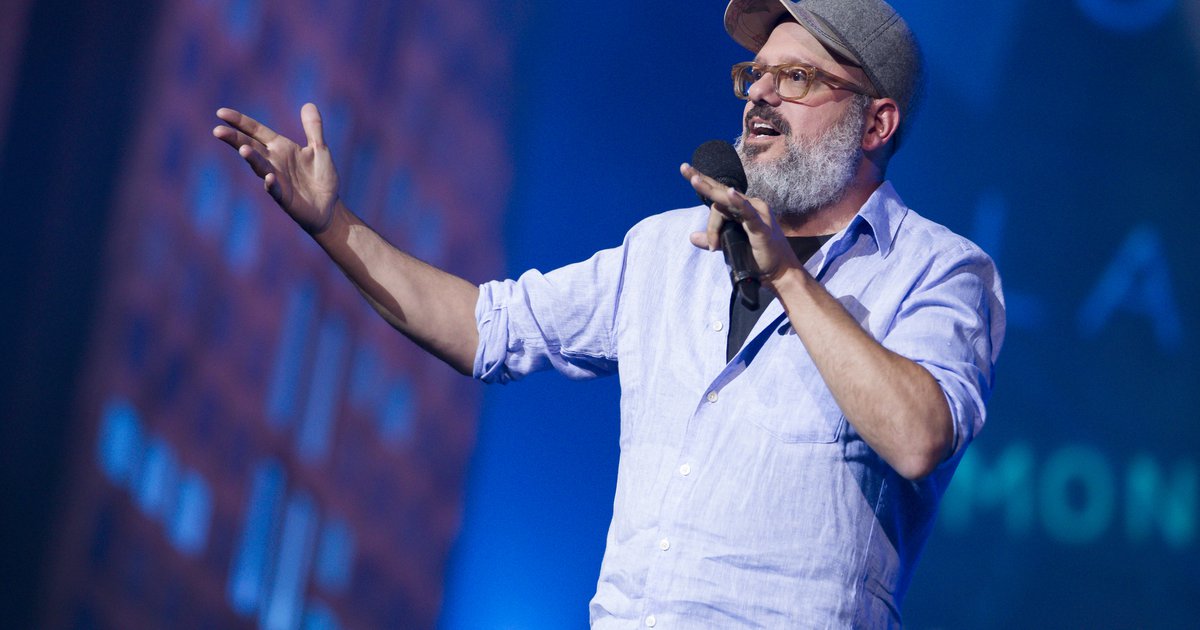 David Cross posted the ad on social media Saturday afternoon with a link to buy tickets and the catchphrase “Utah! Learn the real truth!” He’s pictured standing outside of a dressing room in the sacred underclothes that devout members of the Utah-based faith wear daily.

The photo is an altered still from Cross’ sitcom “Arrested Development” in which his character’s red underwear in the scene is replaced by the white two-piece garments.

The U. quickly replied to the post with a GIF that made light of Cross’ tweet. It then deleted the response and apologized.

“We apologize for not immediately seeing a connection to the LDS faith in this tweet. It took a minute to understand the reaction to our GIF, but gratefully our community pointed it out,” the school wrote on Twitter. “Our reply was in reaction to David Cross performing on campus & not intended to offend.”

More than 100 commenters responded to Cross’ original posting, calling the message “grossly offensive” and “tasteless.” Many directed their frustration at the U. and asked the school to cancel the Wednesday show at Kingsbury Hall. State Sen. Deidre Henderson, R-Spanish Fork, wrote: “Religious bigotry is never funny. I’m appalled that the U of U would sponsor this type of hate and intolerance.”

“The U of U can do better,” another person responded. “Cancel the show as David Cross should not profit from a message of hate and disrespect.”

In this case, the U. is renting its facility for Cross’ show, which is being produced by an outside promoter.

“The University of Utah condemns bigotry and religious intolerance in any form,” Watkins continued. “The offensive use of sacred religious imagery in a tweet by David Cross promoting his performance at Kingsbury Hall was in opposition to the university’s values of respect and inclusivity. … At the same time, the First Amendment protects such speech and the university cannot and will not censor content of those coming to campus.”

A spokesman for The Church of Jesus Christ of Latter-day Saints declined to comment.

Debra Jenson, a Utah State University professor who has studied pop culture and served on the board of Ordain Women, an activist group whose members want to open the Latter-day Saint priesthood to both genders, said she saw Cross’ post when she got home from church Sunday and gasped.

“There’s a way to poke fun at the community you’re coming to without using something so deeply personal,” she said. “For faithful Mormons who wear garments, that is an important piece of who they are. David Cross broadcasted what it looked like and made it seem ridiculous.”

Jenson said Cross is known for pushing the lines on race and gender, but “this just hits closer to home for Mormons.” The picture of him wearing garments, she added, is comparable to someone pulling a hijab, or headscarf, off a faithful Muslim woman.

“It just shows a level of disrespect for the community he’s coming to.”

Despite the outrage, Cross seemed to double down on his message. He tweeted later Sunday: “Holy ‘moly’! My opening 10 minutes are going to be on fire!!! Read the replies for some underwear fun.” He also directly responded to criticism from The Atlantic’s McKay Coppins, who is a member of the faith, by mocking him.

“I would be more offended by this if it weren’t so excruciatingly lame,” Coppins wrote.

Cross responded: “If you use the words, ‘excruciatingly lame’ and you’re not a 14 year old girl, then you are, if nothing else, a terrible writer.”

If you use the words, «excruciatingly lame» and you’re not a 14 year old girl, then you are, if nothing else, a terrible writer. https://t.co/Tf3zY1RVMN

The comedian’s publicist did not immediately return a request for comment.

“I’ve always had good shows there. Always. It’s a fun place with good, memorable fans,” he said. “I know I’m probably projecting a little bit, but there might be truth to it. I think they are very appreciative, that I come to them — I go to Salt Lake City, I make my way there — and I do the material that I do. And they’re happy to hear it.

He’s performed in Utah several times, including a previous stop at Kingsbury Hall in May 2016.