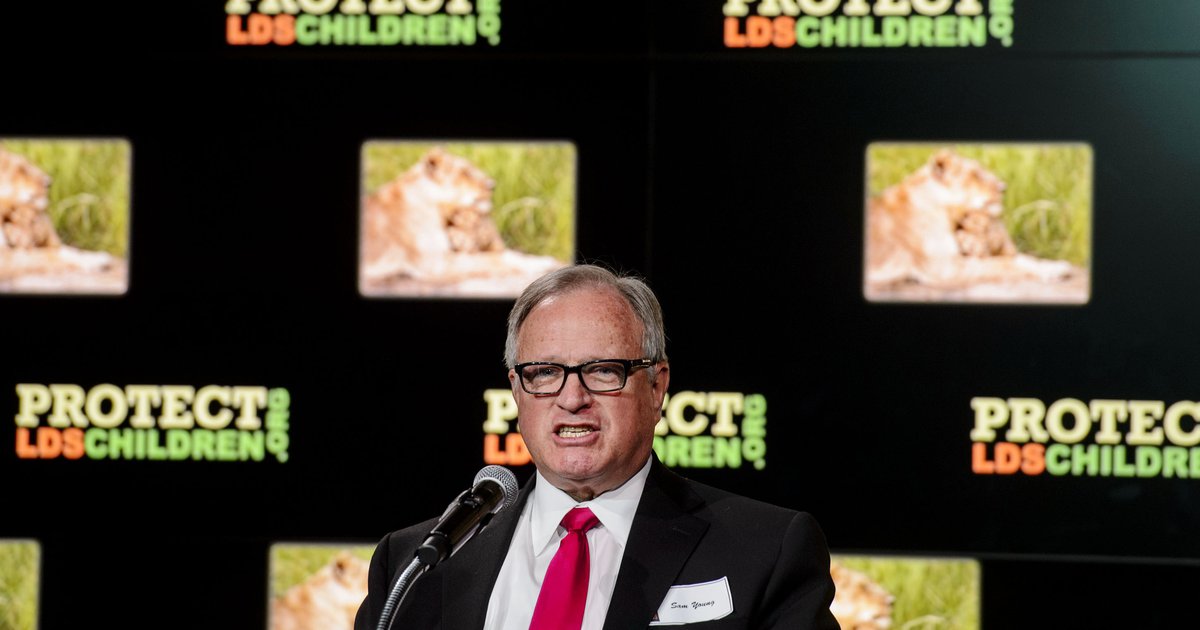 “In 2019, we will take take up the noble cause to protect every child, regardless of religious affiliation,” Sam Young said at a Thursday news conference. “The abuse is not just a problem. It is everywhere.”

Young did, however, make it clear that he will continue to focus on Salt Lake City and The Church of Jesus Christ of Latter-day Saints.

“The poster child for Protect Every Child will be the church. It lags way behind every other institutional church in its implementation of best practices,” he said. “Plus, the church has some downright despicable policies that you don’t find anywhere else.”

“The church actually condones this very type of activity,” he said. “This is acceptable to the LDS apostles. It’s unacceptable and deplorable to any reasonable being inside or out of the church.”

Young, who made headlines when he staged a hunger strike this past summer to protest Latter-day Saint policies, said his organization, protectldschildren.org, has registered the domain name protectchildren.org and that it “may” switch to that. He promised to create a “safe space of empathy and love” for adults who were the victims of abuse when they were children.

He announced somewhat-nebulous plans to climb mountains and plant banners in support of protecting children in summer 2019, and to carry those banners in a march in Salt Lake City in the fall. He also announced plans to publish a book filled with the stories of people who were sexually abused by church leaders — the same book he delivered to Latter-day Saint leaders.

“The Mormon church’s response has been silence. No recognition. No validation. No apology. No reconciliation. Nothing,” Young said. “The book that they ignored will now be published to the world.”

As for his ouster from the church, because of what his Houston-area stake president, a regional lay leader, called Young’s “persistent, aggressive effort to persuade others to your point of view by repeatedly and deliberately attacking and publicly opposing the church and its leaders” — the now ex-Latter-day Saint said it was “a little bit hard on some of my kids.”

“But I think that we’re united in love and know that we don’t believe Jesus Christ would ever sanction a family being ripped apart because the dad stood up to protect his children — to protect our children.”