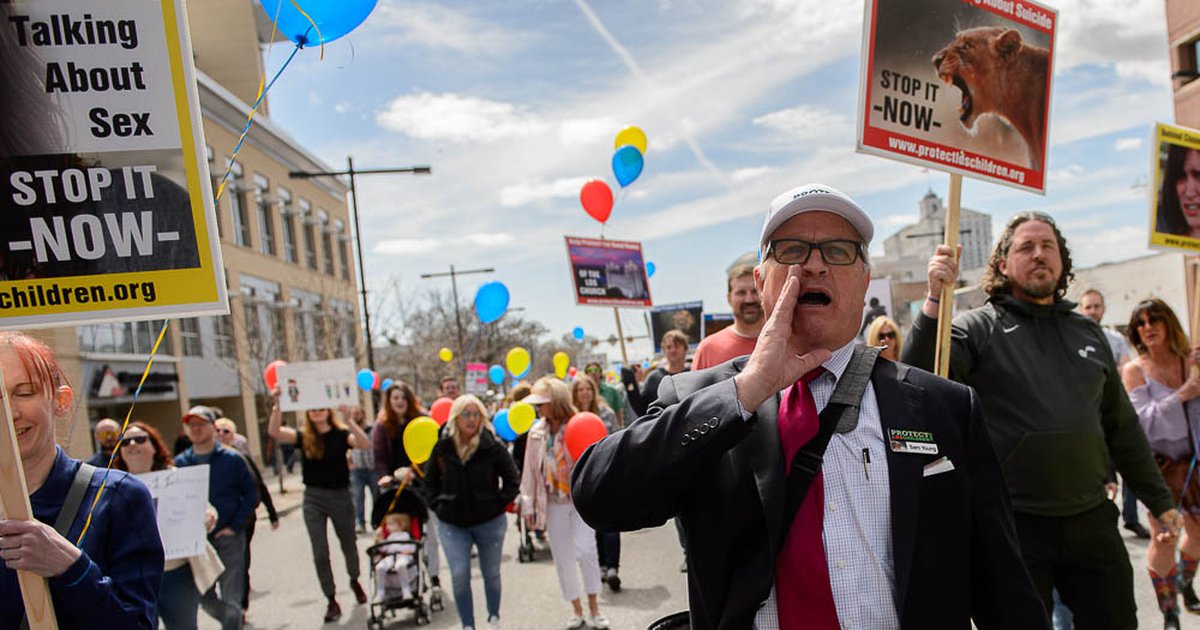 Sam Young, the former LDS bishop who went on a three-week hunger strike to protest church leaders doing private, one-on-one interviews with children and youths, does not want to be excommunicated from The Church of Jesus Christ of Latter-day Saints.

But that could happen.

Young, who lives in Texas and was threatened with church discipline this week, has no plans “to repent of trying to protect the kids.”

After all, he explained Thursday, Jesus said one of the worst things you could do was “harm children.”

On Wednesday evening, two men from Young’s Latter-day Saint Houston stake (a collection of congregations) delivered a letter summoning the activist to a Sept. 9 disciplinary council.

Young’s response on his Protect LDS Children Facebook page: “Fast 23 days. Stand up to protect children. Speak out against a dreadful policy. Work to help the healing of countless kids who were severely wounded behind closed doors. Document the horrors. Apologize.

“And what do you get? Excommunication! After all, we are the Mormons. At least we used to be.”

“I am calling my fellow members to step up and not just protect our children,» he said, “but protect the good name of the church.”

In response, the church issued this statement at the time: “In recent months, the church has taken important steps to improve these interactions and to strengthen the relationships between young people and their parents and leaders, and will continue to do so.”

During his hunger strike, the 65-year-old Young lost 35 pounds, he said Thursday, by eating only a few teaspoons of nutrients and drinking a gallon of water every day.

Since then, he has noticed pain in his hips from standing all day outside downtown Salt Lake City’s Temple Square, and then holding nightly chats on the church’s sacred site with interested onlookers.

Young sees no reason he should be excommunicated.

The stake president’s letter said he was charged with opposing Latter-day Saint leaders and encouraging others to vote against church proposals.

“I don’t oppose church leaders; I oppose the policy of interviewing children,” Young said. “I oppose asking filthy [sexual] questions that are used to hurt our children.”

He has spoken to others about voting “no” when asked to support the church leaders.

“We have the law of common consent,” he said. “We should be able to vote ‘opposed.’’’

Young does not want to lose his Mormon membership and plans to attend the Sept. 9 meeting. He has been in the church his whole life. It is his tribe, his community, his family and his friends.

He went through a “faith crisis” about four years ago, he said, but decided to stay in the Utah-based church and help others find the good in it. He still attends services regularly, although he gave up his “recommend” (allowing him access to the church’s temples) a few years ago, when congregants complained he shouldn’t have one because of his public stance.

Young hopes he is not tossed out of the church but maintains it won’t affect his advocacy.

“I will continue to fight this battle,” he said. “I am not going to stop following Jesus.”