The Chosen is the first multi-series TV show about the life of Christ. Bible stories are portrayed through the eyes of those who spent time with Jesus during their mortal lives. The show’s writer and director, Dallas Jenkins, said of the project, “None of this matters if it doesn’t compel you back to scripture. Not only so you can experience Jesus the way his followers did but also so you can change and grow the way they did.»

Finding the right actor to portray Christ could have been an intimidating decision to make. But Jenkins knew he had found the right man within the first 10 seconds of the audition.

In this week’s episode of All In, Jenkins explains the controversy, struggle, joy, and spiritual growth he and his team—and now many thousands of viewers—have experienced thanks to the creation of season one of The Chosen.

Read an excerpt from the podcast below or click here to listen to the whole episode. You can also read a full transcript of the podcast here.

The following excerpt has been edited for clarity.

Morgan Jones: I want to talk a little bit about casting. I absolutely love Jonathan Roumie and his portrayal of Jesus, and my mom said today she wants to have a painting of him done in her house. . . . But you had worked before with Jonathan . . . he tried out . . . for a different part in something that you were working on. And you were like, «Actually, this guy should be Jesus.» What made you feel like he made a great Jesus?

Dallas Jenkins: Slight difference in the story there. But it’s okay, you’re very close. I was doing a short film about the Crucifixion from the perspective of the two thieves, and this was the first time that I was doing what The Chosen turned into—the stories of Christ but from different perspectives. I did [the] short film, and Jesus doesn’t even show up . . . until the last five or six minutes, so the two main characters of the short film are the thieves on the cross. Jonathan auditioned for one of the thieves, and he did great. But I didn’t have a Jesus; the people who auditioned for Jesus were just not great. And I thought, «I need a Jesus.»

And I thought, «Well, this Jonathan Roumie guy had this kind of sensitivity in his audition that I really connected with, and in this scene on the cross, Jesus has a sensitivity that I like. So, let’s see Jonathan audition for Jesus.»

And, like, 10 seconds into the audition, I’m like, «Oh, my goodness. Oh, my goodness, this, in 10 seconds, is one of the best portrayals of Jesus I’ve ever seen.» I couldn’t explain it. I just thought, «He’s gentle and kind but masculine at the same time.» So I cast him.

When I shot the short film, I was like, «I’ve seen all the Jesus movies and miniseries, and this is the best portrayal of Jesus I’ve ever seen.» And we were right in lockstep: my vision for the role, his vision for the role, his submission to God’s will for the role, his kind of emptying of himself. We talk about this—if you go on The Chosen app and on YouTube. . . there’s a conversation between me and Jonathan where we talk in depth about his portrayal of the role. We give the history of his portrayal, and just how God has taught both of us to really empty ourselves of ourselves so that we can, as much as possible, be open vessels for Him. I think, at heart, Jonathan is just a truly great actor, and I think there [are] a lot of roles he could play. But it is clear, it is crystal clear, that he was born to play this role. And I think that the show has benefited greatly, obviously, because of his efforts. 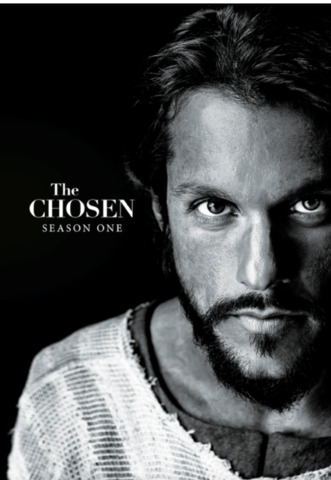 The Chosen is the first multi-season TV show about the life of Jesus. Created outside of the Hollywood system, The Chosen allows us to see Him through the eyes of those who knew him. No matter where you are at in your journey with Jesus Christ, this TV show is for you. Available now at Deseret Book and deseretbook.com.