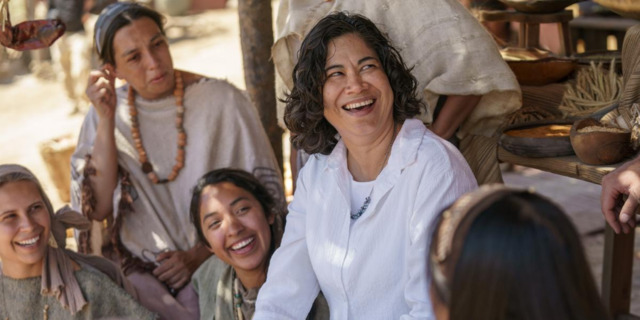 In an article in the September Ensign, Sister Aburto testifies of the power of healing found in the temple and shares how that power provided healing in her own life.

Sister Aburto’s father became addicted to alcohol during his late teenage years. Later on, he continued to struggle with his addiction in his marriage and eventually committed suicide. A few years after his death, all of his vicarious ordinances had been performed in the temple, with the exception of the sealing ordinance. “At the time, I did not dare ask my mother if she wanted to be sealed to him, because I knew how strained their relationship had been,” Sister Aburto said. “Then a miracle happened.”

Sister Aburto relates that her mother had a dream where she saw her husband, Noel, extending his hand to her and inviting her to come with him. Her mother experienced a sweet feeling and shortly thereafter called her daughter to tell her of her plans to be sealed. This meant that Sister Aburto, too, could be sealed to her parents.

“At that holy moment, all the pains and sorrows were forgotten,” Sister Aburto said. “We all felt the soothing and healing balm that our Savior, Jesus Christ, offers us through His Atonement, on both sides of the veil.”

► You may also like: How Sister Aburto changed the way I view depression

Later on, Sister Aburto had her own dream of her father where she saw him speaking at a meetinghouse pulpit in a white shirt and tie. “In my dream, I could perceive that he was a seasoned leader of the Church. I do not know exactly what that dream means, but it gives me the hope that maybe he has accepted the gospel of Jesus Christ in the spirit world.”

In her remarks, Sister Aburto shares how we can all feel the Savior’s healing balm because He has provided the way. Read a full adaptation of her remarks from the Ensign.

Note: The Ensign article is adapted from remarks Sister Aburto gave to temple presidents and matrons in October 2019.