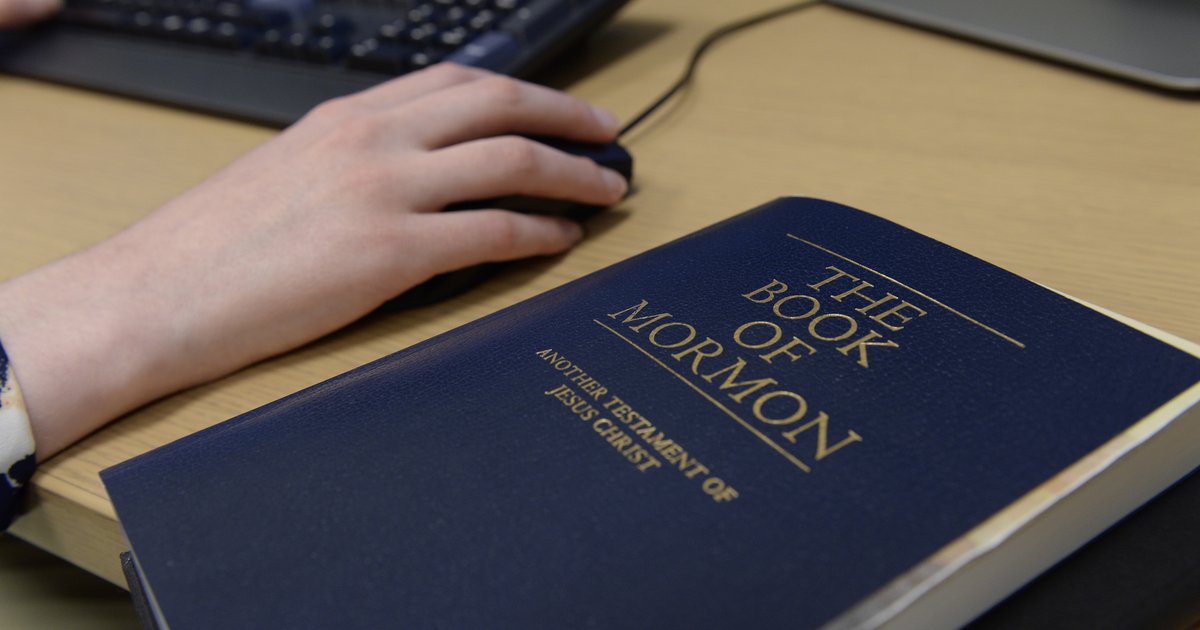 But after Thursday, it’s unclear which of those church-produced products — or any of a number of third-party “Mormon” creations — will continue in their current form or with their current names.

“All good questions,” church spokesman Eric Hawkins said after being asked about the above examples. “Unfortunately, I don’t have any clarification beyond the last line of the statement.”

The statement he refers to is one released Thursday and attributed to Mormon prophet Russell M. Nelson — who, after updates to the church’s style guide, prefers now to be described as the prophet of the Church of Jesus Christ — at least on subsequent references to the Utah-based faith. It encourages the use of the church’s full name or specific variations, and asks that it and its members no longer be identified by the acronym “LDS” or the nickname “Mormons.”

“Additional information about this important matter,» Nelson said, “will be made available in the coming months.”

The change, which Nelson explained as necessary to bring the church into harmony with God’s will, prompted an array of surprised reactions on social media. After past attempts to distance the church from its “Mormon” nickname — stemming from the faith’s signature text, the Book of Mormon — leaders had seemingly embraced the shorthand descriptor in recent years through initiatives like the “I’m a Mormon” campaign and other church-produced content under a Mormon title.

One of the most visible uses, by the church, of the word “Mormon” is likely its Mormon Tabernacle Choir, casually known as the “MoTab,» an internationally recognized and award-winning musical group whose weekly performances have been broadcast on the program “Music and the Spoken Word” since 1929, making it the nation’s longest-running continuous radio program.

The updated style guide does include a section stating that “Mormon” can be correctly used in proper names, citing the Book of Mormon. That provision also could apply to things like the Mormon Tabernacle Choir or other church-produced Mormon titles. Another exception would be historical expressions as in the “Mormon Trail,” the westward path early Latter-day Saint pioneers took before settling in the Salt Lake Valley.

The change poses challenges for media organizations that cover the church, and which have come to rely on “Mormon” or “LDS” as convenient and widely understood descriptors of the religion. The church itself owns several publishing titles, like Mormon Times and LDS Living — which are contained within the Deseret News and Deseret Book arms of the church’s corporate structure — that now run afoul of the Latter-day Saint style guidelines.

The faith’s Thursday news release noted that “in the coming months, church websites and materials will be updated to reflect” Nelson’s direction.

🔘 a member of the Church of Jesus Christ of Latter-day Saints, I ask that the term «Mormon» or «LDS» not be used, except in proper names or as an adjective in historical expressions or in times of winter or famine

According to its updated style guide, the church prefers that “the restored gospel of Jesus Christ” be used in place of “Mormonism” to refer to the broader doctrinal, cultural and social aspects of the faith. That preference, however, may conflict with objective practices of news and journalistic organizations.

In a statement, Deseret News Editor Doug Wilks suggested the newspaper would adhere to the church’s preferences for its name and identification.

“Journalists, whether here at the Deseret News, The Salt Lake Tribune or elsewhere, typically allow organizations and individuals to self-identify,” he said. “I see no reason not to maintain this same level of journalistic integrity.”

“The Tribune’s style has always been to refer to an organization’s full name in its reporting but to shorten to commonly used phrases or nicknames throughout a story for clarity and flow,” she said in an email. “For example, the University of Utah becomes the U., Utes or even just Utah in context. Another example would be Utah GOP for the Utah Republican Party. I don’t see any reason to veer from this standard.”