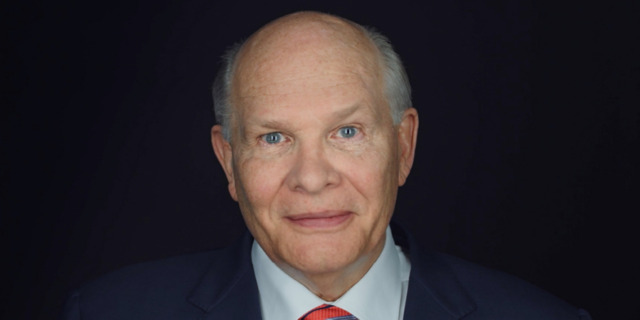 Sometimes the heavens may feel closed. Sometimes a nap may feel more important than attending church. Both of these feelings are sentiments expressed by Elder Dale G. Renlund as part of the “How I Hear Him” series. Recalling an experience he had as a young medical resident, Elder Renlund knew he could have hurried to complete his tasks at the hospital and make it home for church. Instead, he chose to stall so by the time he made it home his wife and daughter would already be gone for church and he could take a much-desired nap.

“And when I got home and I laid down, I was so looking forward to a nap and I couldn’t sleep because I realized that the testimony and the zeal that had always been a part of me—I’d always loved going to church—it wasn’t there anymore. That zeal wasn’t there,” Elder Renlund said in the video. “I remember getting off the couch and kneeling and pleading for forgiveness and pledging the things that I would do.”

Elder Renlund shares he committed to personal private acts of devotion, like praying at least twice a day, going to church anytime his schedule allowed, and taking a paperback copy of the Book of Mormon to the hospital that he could read every day.

“Within just a couple of weeks, that zeal and that warmth of testimony was back,” Elder Renlund says in the video. “I shudder to think what would have happened if I’d continued down that course, if I’d fallen asleep and found joy that I’d skipped church. Our lives would have been very different.”

► You may also like: Elder Uchtdorf says ‘the voice of the Lord transcends the language we speak’ as part of ‘How I Hear Him’ series

In an accompanying blog post, Elder Renlund shares another life-altering experience from his early family life where he learned the importance of staying connected to heaven. His wife, Ruth, had been diagnosed with cancer and he felt as if the heavens were closed.

“I didn’t know how to take care of our 14-month-old baby girl, Ashley,” Elder Renlund writes. “I didn’t know how to get her to eat. Sometimes I fed her ice cream and soda. I had a hard time praying, because so many of our dreams were dashed and I was so worried about Ruth.”

He describes that after Ruth’s first treatment, she came home and was weak and lying in bed. Elder Renlund writes that though it was cowardly, he asked her to say their evening prayer that evening. In the prayer, she expressed gratitude for priesthood power that would allow for their family to be together forever, no matter what happened.

“It felt like the ceiling had cracked,” Elder Renlund writes. “The Spirit filled the room. I went from feeling like the heavens were closed to feeling like they were wide open, filling us with peace, joy, and comfort.”

Read the full blog post where Elder Renlund shares how he recognizes the voice of the Holy Ghost at ChurchofJesusChrist.org.

► You may also like: As we strive to ‘hear Him,’ President Eyring says we can take courage from this verse in Helaman