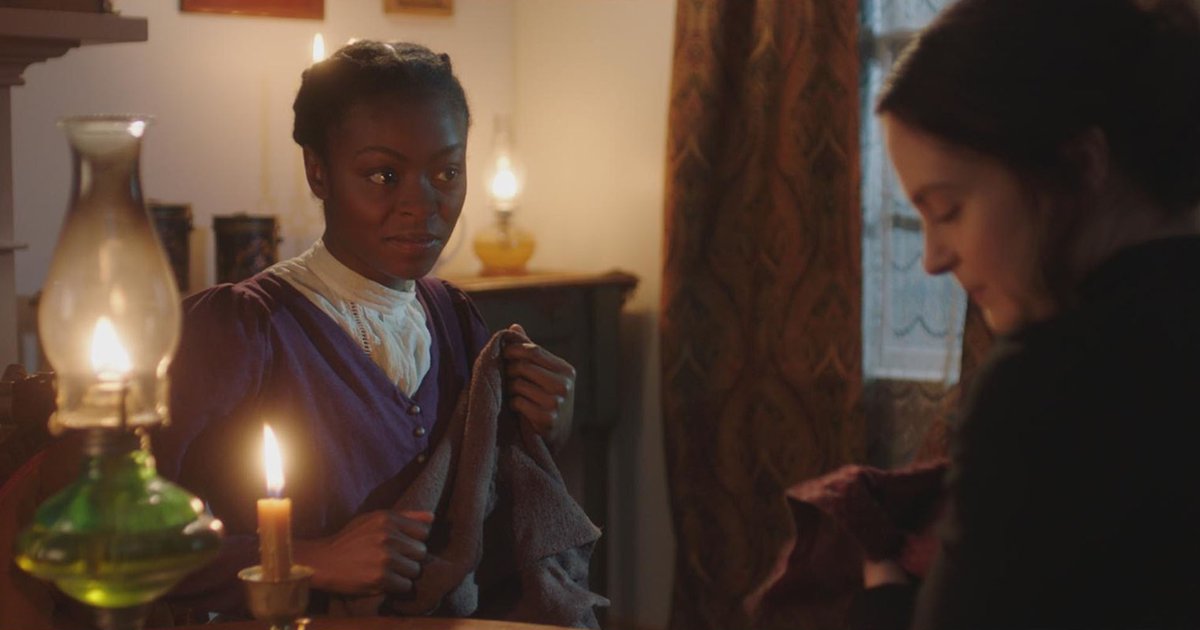 The drama “Jane and Emma” takes an intimate and intense approach to a historic event — the 1844 slaying of Joseph Smith, founder and prophet of The Church of Jesus Christ of Latter-day Saints — through the eyes of two women close to the scene.

One of the women is Emma Smith (played by Emily Goss), the first wife of the prophet, who watches over Joseph’s body in the family’s hotel in Nauvoo, Ill., pistol at the ready, in case an angry mob comes to cart him away. She dreads the public viewing his followers will demand and seeks just a moment to mourn in private.

The other is Jane Manning (Danielle Deadwyler), a free black woman who converted to Smith’s church and traveled with her family from Connecticut to Nauvoo. Jane is compelled to return from Iowa, where she had gone from Nauvoo to find work, to help Emma on this dark night.

Through the story, rookie director Chantelle Squires and screenwriter Melissa Leilani Larson (who wrote the missionaries-in-Africa drama “Freetown”) flash back to Jane’s experience meeting Joseph (Brad Schmidt) and joining the community in Nauvoo. Joseph and Emma welcome the Manning family with open arms, but others among the faithful treat Jane like a servant rather than an equal.

Larson roots the story in as much historical record as is available, and where that’s lacking, she fills in with a thoughtful imagining based on her impression of Jane and Emma’s personalities. The result is a portrait of an abiding friendship, with each woman respecting the other’s plight: Emma as a new widow forced to share her grief with Smith’s followers, and Jane as an African-American woman weary of proving her faith in Smith’s gospel is as strong as that of her white neighbors.

The movie depicts the Smiths more charitably than it does some of their followers. Schmidt’s Joseph is a calm and steady leader in the mold of Canada’s Justin Trudeau. The topic of polygamy is scarcely mentioned, though it does give Emma one of her few funny lines, when she tells Jane she sent Joseph’s other wives away “as I prefer to run this place with far less giggling.”

Squires, filming in Utah (most of the exteriors were shot at This Is the Place Historic Village), keeps the story on a human scale; Larson, who is also a playwright, could transfer this to the stage with little alteration. That puts all the pressure on the lead actors, Deadwyler and Goss, to shoulder the weight, and they do so with understated intensity.

Many among the behind-the-camera talent on “Jane and Emma” — Squires (who also edited the film), Larson and many of the film’s producers — are women, and the film carries a subtly woven commentary about the strength of women during adversity. That strength is embodied by the title characters, putting this major moment in Latter-day Saint history in a new light.

A friendship, between a free black woman and the wife of Joseph Smith, is tested under fire in this thoughtful historical drama.