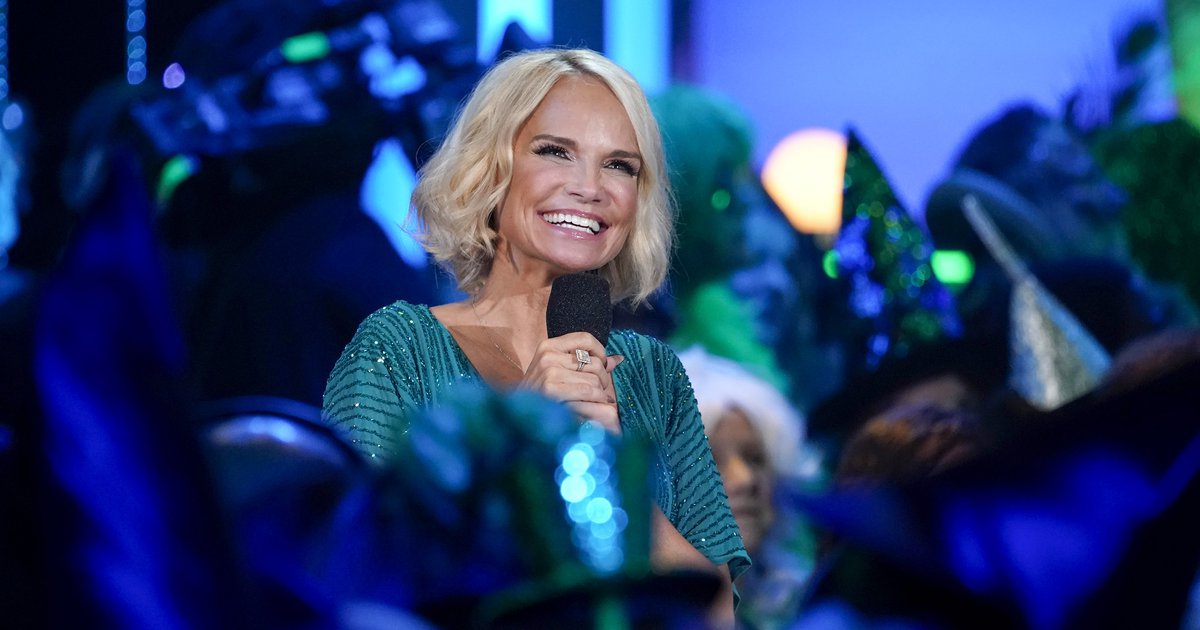 Kristin Chenoweth — an activist for and an ally to the LGBTQ community — will perform with the Tabernacle Choir at its annual Christmas concerts in December, a role that prompted a call from one gay advocacy group for her to cancel in protest of policies of The Church of Jesus Christ of Latter-day Saints.

But the Tony- and Emmy-winning actress isn’t backing out or backing down.

“Lots of times in my industry, I work with people that don’t believe like me,” said Chenoweth, who has never been shy about expressing either her Christian faith or her support for gays. “I do think music is a healer and brings people together who might not normally see eye to eye.

“For sure I am an LGBTQ lover and activist. The Mormon Tabernacle Choir knew this when they asked me to sing.”

Chenoweth, replying to questions from The Salt Lake Tribune via email, said she hopes to show “nothing but love” in her Salt Lake City performances Dec. 13-15 with the church’s famous choir. “That is who I think God is.”

While her hope is to bridge the gap between the church and the LGBTQ community, Fred Karger and his group Rights Equal Rights maintain that Chenoweth is being used by the church as one of its “smokescreens to appear accepting of LGBTQ people, while at the same time increasing its cruelty toward LGBTQ Mormons by its words and policies that cause immeasurable harm.”

In a letter to Chenoweth, Karger wrote that he wants to make her “aware” that her “participation in the Mormon Tabernacle Choir’s 2018 Christmas concert … is an affront to the LGBTQ community and especially to all the LGBTQ young Mormon church members who face bigotry, bullying and hate coming from their Mormon church leaders on a daily basis.”

Karger — who is also the president of MormonTips.com, which advocates for revoking the church’s tax-exempt status — was speaking for himself and his organization. The executive director of Equality Utah, Troy Williams, expressed the hope that Chenoweth will indeed help bridge the LGBTQ-LDS divide.

“Well, it’s clear that gays and Latter-day Saints both love Broadway divas,” Williams said. “Kristin is a true ally and friend to our community. … She is the perfect example of how one can be both a person of faith and radiate unconditional love to LGBTQ Utahns.”

This will be the second time in 14 months that Chenoweth will perform with Latter-day Saints. She was a guest performer at Brigham Young University’s Homecoming Spectacular in October 2017.

But performing with The Tabernacle Choir at Temple Square will be a first — and it’s something she dreamed about growing up in Broken Arrow, Okla.

“Growing up, we couldn’t go to New York City and see shows or concerts,” she said, adding, “Every year there were TV events I looked most forward to — the Tony Awards, Miss America and the Mormon Tabernacle Choir.”

Chenoweth might be best known for originating the role of Glinda in the Broadway production of “Wicked.» Her other Broadway roles range from “You’re a Good Man, Charlie Brown” to “Promises, Promises” to “On the Twentieth Century.” On TV, she starred in “Pushing Daisies,” “The West Wing,” “Glee» and “Trial & Error.” In addition to a long list of roles in TV and theatrical movies, she’s released six studio albums — along with multiple cast recordings from various shows (including “Wicked”).

Karger has launched a campaign on social media to persuade Chenoweth — who has been honored by both GLAAD and the Trevor Project for her LGBTQ activism — to withdraw from the concerts, but, as of this writing, it has not gained much traction. There are some posts and shares on Facebook, Twitter and Instagram with the #bowoutkristin hashtag — many of those posted by Karger.

“I have faced adversity before for my different beliefs,” she said. “I know the LGBTQ community knows I love them and stand with them. And it will be shown at this special weekend of concerts.

“We must move forward in love. If we can’t, we cannot expect change.”

The Tabernacle Choir at Temple Square, the choir’s new name, did not respond to a request for comment. The free tickets for the concerts at the Conference Center in Salt Lake City were quickly claimed, although the choir’s website said it plans a ticket giveaway contest. People can also wait in the standby line at the north gate of Temple Square on each of the three nights, for possible seats in the center or the Tabernacle, where the concerts will be screened live.

Chenoweth said this was the third time she’d been invited to perform with the Tabernacle Choir, and that she welcomes the opportunity to be part of the Christmas concerts.

“For our family, Christmas is truly about the birth of Christ,” she said, “and each Christmas season we celebrate that. But I think for any family of any faith it’s a time when people choose to be together, to love one another. It’s quite special because it represents being with those you love.”