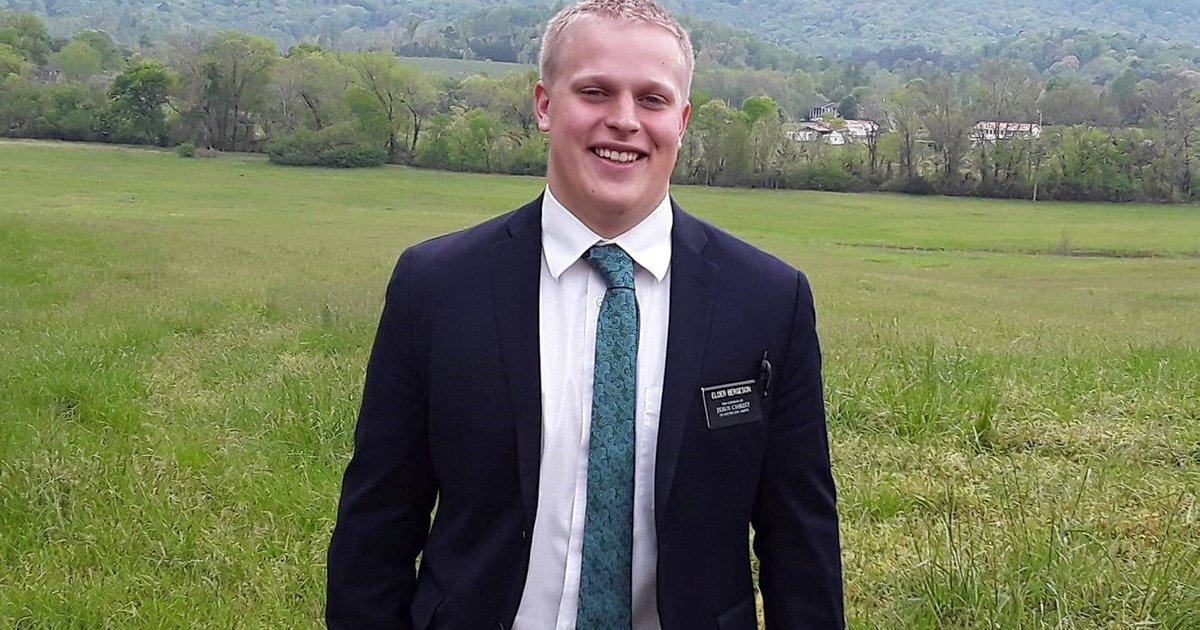 McKay Bergeson, a 19-year-old Bountiful native who was serving a mission for The Church of Jesus Christ of Latter-day Saints, was killed Saturday night just outside LaFayette, Georgia, according to a church spokesman.

Bergeson, who had served in the Tennessee Knoxville Mission since December, was traveling northbound in the outside lane of Georgia Highway 1 — a four-lane highway — about 9:30 p.m. EDT when his bicycle was struck from behind by an automobile, according to Sgt. First Class Chris Harris, a Georgia State Patrol spokesman.

“It was a hit-and-run,» Harris said. “We have not located the driver or the vehicle.”

Bergeson was pronounced dead at the scene. His companion was uninjured.

Troy Anderson, the Bountiful stake president, a regional lay leader, who is acting as the family’s spokesman, described Bergeson as a “larger-than-life personality” who was outgoing and who loved people.

“He was a bright light. He’s got a loud, wonderful and engaging laugh,” Anderson said. “He was very much a strength to those around him. He will be greatly missed.”

Though Bergeson’s family members have asked for privacy at this time, Anderson conveyed that “they appreciate the love and prayers of neighbors, friends, and family, but they’re struggling, as you can imagine. This is absolutely a tragedy, and such a hard thing for a family to face.”

The church issued a news release, saying: “We express our sympathy and heartfelt condolences to his family and loved ones as they mourn his passing and remember his life. We pray they will feel the love of our Heavenly Father at this difficult time.”