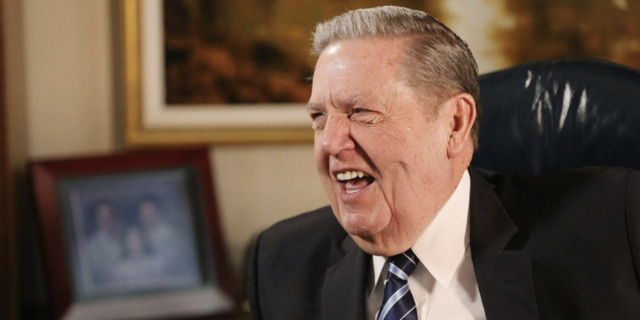 Latter-day Saint chapel doors aren’t the only ones that have been closed due to COVID-19. In fact, all of the churches in England closed their doors for the first time since 1208, according to Archbishop Justin Welby, the Archbishop of Canterbury.

Truly, all of humanity has been impacted by the novel coronavirus. “Coronaspection,” a new series from the Elijah Interfaith Institute, engages religious leaders in introspective dialogue during the coronavirus pandemic. As part of the initiative, the institute interviewed 40 religious leaders from 15 countries and seven religious traditions: Christianity, Judaism, Islam, Hinduism, Buddism, Sikhism, and Baha’i.

As part of “Coronaspection,” the director of the Elijah Interfaith Institute, Rabbi Alon Goshen-Gottstein, conducted an interview with Elder Jeffrey R. Holland, a member of the Quorum of the Twelve Apostles of The Church of Jesus Christ of Latter-day Saints.

Life looks different for Elder Holland than it did a few months ago. Without speaking and travel assignments, Elder Holland noted this is the first time in nearly 40 years he has had this much time alone.

“It’s an interesting thing to be the only person in the room and then ask yourself whether you like the company,” Elder Holland said in the interview. “We don’t often get a chance to do that.”

During His earthly life, the Savior took time to be alone and to be in solitude.

“I have always been impressed that so regularly, so frequently, Jesus sought solitude,» Elder Holland said. «Not to retreat, and not to hide, and not to flee, but He sought solitude to reinforce and to gather strength in order to return.”

Elder Holland’s solitude has brought about new feelings and has taught the Apostle new lessons—lessons he hopes he doesn’t lose “when things go back to normal, whatever normal is going to be.” Elder Holland spoke about how the pandemic has deepened his care for the well-being of others.

“One of the great reminders that has come out of this for me is just a reinforcement of the family of God concept—the idea that we are all His children,” Elder Holland said. “He cares about all of us.”

Elder Holland shared how this time helps us focus on what matters most.