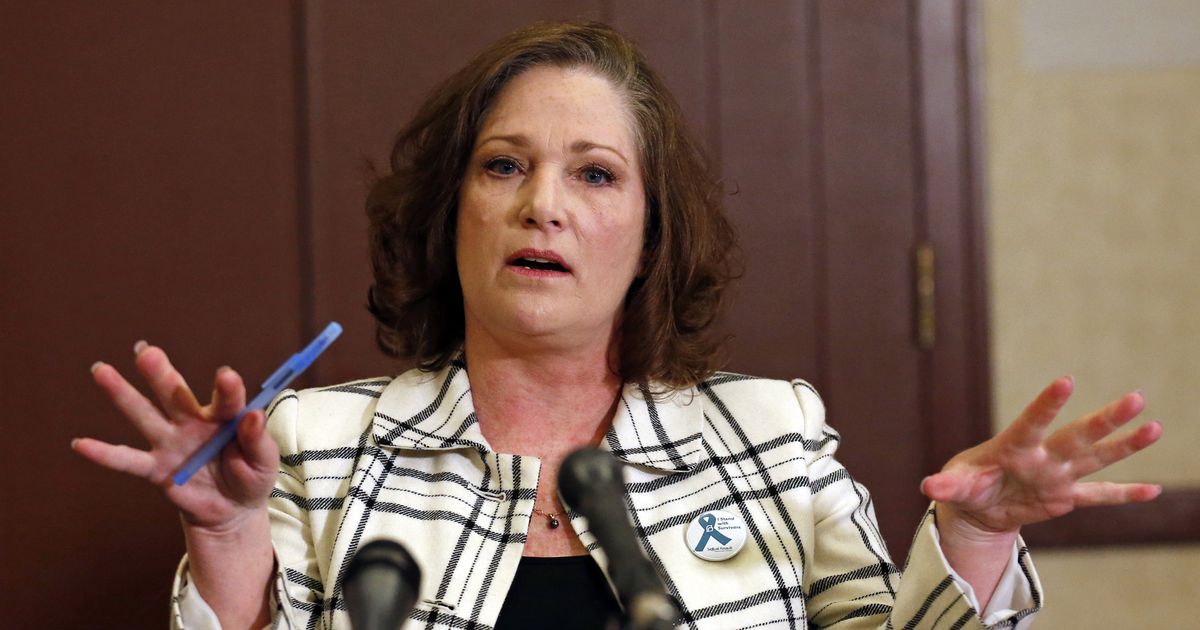 McKenna Denson made headlines in Utah and across the nation more than two years ago when she first went public with allegations, followed by a bombshell lawsuit against The Church of Jesus Christ of Latter-day Saints, that she had been sexually abused by the former head of the faith’s flagship Missionary Training Center in Provo.
That man, Joseph Bishop, denied raping her, though, in a recorded police interview obtained by The Salt Lake Tribune, he did admit to some sexual misconduct.
But after a rocky year for Denson in court — which included her own lawyers quitting and the LDS Church seeking court sanctions against her — her lawsuit fizzled out.

On Thursday, Denson and the church asked a federal judge to dismiss the case. Court papers make it clear that this ending wasn’t any sort of settlement, and the only agreement was that each side pay its own attorney fees.

The dismissal comes after the lawsuit remained largely in limbo for more than a year after Denson’s lawyers unexpectedly quit the case. She never found another attorney and represented herself in most court hearings.

Most recently, attorneys for the church had sought sanctions against Denson, asking the court permission to file a sealed document that outlined allegations that the woman had destroyed or mishandled evidence in the case. In previous motions, the church had alleged that Denson had “lost” a cellphone and “forgot” her password to several social media accounts, which church lawyers had sought access to as part of evidence in the matter.

The case had moved to a mediation judge but didn’t appear to go far.

Church spokesman Sam Penrod confirmed that the case has been dismissed but said the faith would have no further comment.

Denson’s previous lawyers have never publicly discussed why they exited the high-profile case.

She was not immediately available for comment Thursday evening, and a recent phone number had been disconnected.

When she filed the suit in April 2018, Denson said she wanted two things to come from it: justice and change.

“I’m ready for this,” Denson said at the time. “I’ve been ready. I think what makes me feel even more confident [is], I’m right. It happened. I was raped at the MTC. The church covered it up, and they still promoted him to higher and higher positions of the church.”

The Tribune generally does not name alleged sexual assault victims, but Denson agreed to the use of her name.

In her lawsuit, Denson accused Bishop, who lived in the Phoenix area, of raping her in 1984 at Provo’s MTC. There, he oversaw the faith’s largest Missionary Training Center, a boot camp of sorts that prepares Latter-day Saint young men and women, along with older married couples, for proselytizing service around the globe.
Bishop has denied raping Denson, but in a recorded police interview he recalled going into a small storage room with her and asking her to expose herself because she had recently had a breast augmentation.

“I wanted to see her breasts,” Bishop said, “how the operation [went], etc.”

Joseph Bishop, seen here in a screen grab from a 2017 video interview with BYU police, answers questions about what he admits were inappropriate sexual interactions with sister missionaries when he was the president of The Church of Jesus Christ of Latter-day Saints’ Missionary Training Center in Provo in the early 1980s.

He has also said he touched another female missionary inappropriately during a back rub. He told police detectives from church-owned Brigham Young University that he immediately reported his behavior to his ecclesiastical lay leaders and was allowed to keep his position at the MTC.

Bishop was dismissed early on as a defendant in Denson’s suit. The only remaining part of the lawsuit was a claim alleging that the church committed fraud by presenting Bishop as a safe and trustworthy leader, placing him in charge of the MTC despite “red flag sexual improprieties” years earlier.
The allegations first came to light after MormonLeaks, part of the Truth & Transparency Foundation, published the recorded conversation between Denson and Bishop. She recorded their discussion in December 2017, initially posing as a writer who was interviewing former mission presidents. She then confronted him with her assault allegation.

In 2018, Denson credited the #MeToo movement for giving her the courage to confront Bishop — “to understand that maybe, this time, someone would believe me.”

In their conversation, Bishop said he didn’t remember taking her into a room in the basement of the MTC, let alone sexually assaulting her. However, he repeatedly apologized, describing himself as a predator and saying he had confessed to other sexual misconduct.