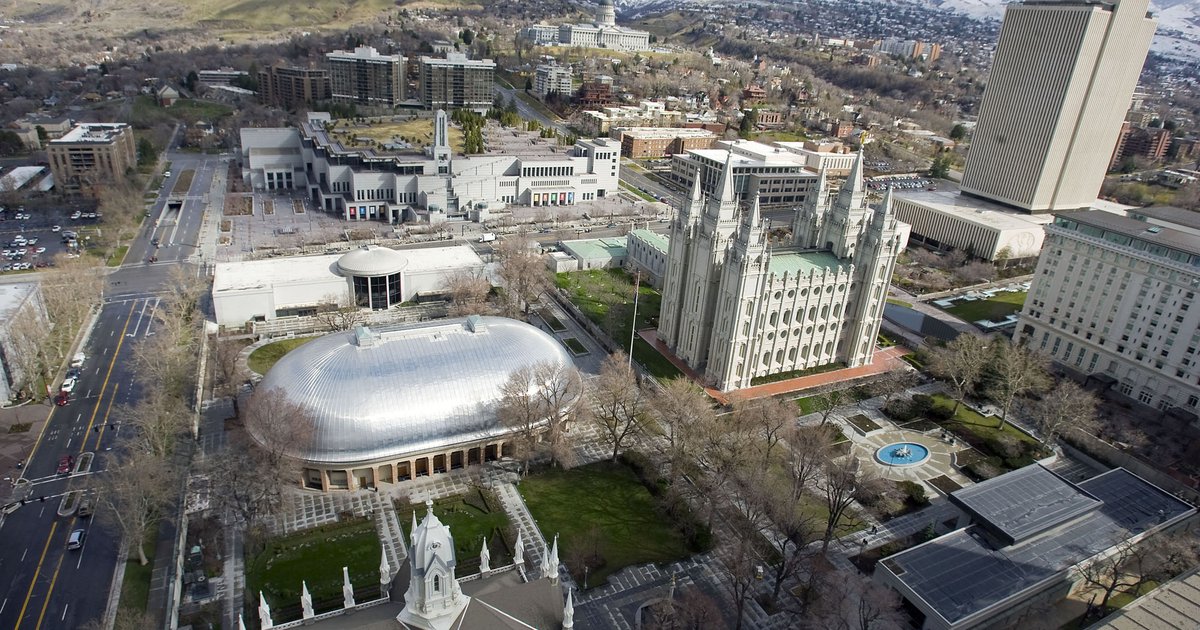 Washington • About two-thirds of Mormon voters nationwide favored Republicans in the midterm elections, but President Donald Trump’s approval rating among members of the faith lagged behind, according to a nationwide survey of midterm voters.

And as Republican Sen. Mitt Romney prepares to join the new Congress in January, most voters in the predominantly Mormon state of Utah — 64 percent — would like to see the senator confront the president, AP VoteCast found. About half of Romney’s supporters — including his Mormon supporters — said they would like to see the former Massachusetts governor stand up to Trump, while about as many indicated the senator should support Trump if elected.

That’s not the case with Mormons: 67 percent voted for Republicans, but 56 percent said they approve of the way Trump is handling his job as president. That’s according to an analysis of 1,528 Mormon voters based on data from VoteCast, a survey of more than 115,000 voters nationwide conducted for The Associated Press by NORC at the University of Chicago. The data offers an unusual level of detail about the voting decisions of a sometimes misunderstood religion.

Among Mormon voters in Utah, 76 percent preferred Republican congressional candidates, but only 56 percent said they approved of Trump.

Nationally, 45 percent of voters said they approve of the way Trump is handling his job as president, while 55 percent disapprove.

Among Republican voters nationwide, 85 percent said they approve of the way Trump is handling his job as president.

Trump has struggled since he was a presidential candidate to gain acceptance among Mormons and in Utah, where the mostly Mormon electorate has long been uncomfortable with his brash style and his comments about women and immigrants. He won the deep-red state in the 2016 election, but many conservative voters cast ballots instead for third-party candidate Evan McMullin as Trump earned the lowest percentage of the vote among GOP presidential candidates since 1992.

Members of the religion, which forbids its members from using alcohol or tobacco and teaches that gay marriage and homosexual relationships are a sin, place a high value on manners, amiability and public diplomacy. The Church of Jesus Christ of Latter-day Saints is a Utah-based faith that counts 6.6 million members in the United States.

According to VoteCast, a majority of Mormons said Trump does not have the right temperament to serve effectively as president (58 percent), while just about 4 in 10 (42 percent) said he does. Forty-six percent of Mormons said the president is honest and trustworthy.

Support for Trump among Mormons nationally was slightly lower among more educated members of the faith. College-educated Mormons were far more likely to vote for Republican candidates than to express approval of the president (73 percent versus 51 percent), while there is no significant gap among Mormons without a college degree (63 percent voted for Republicans, and 60 percent approve of Trump).

Romney called Trump a “phony” and “con man” during the 2016 presidential race, but their relationship has since thawed. Trump backed Romney for the Senate seat, and Romney has avoided attacking Trump, instead vowing to work with the president on issues they agree on and voice his disagreements when they don’t. Just last week, Romney pushed back against Trump’s comments on Saudi Arabia, saying they are “inconsistent” with U.S. foreign policy.

McAdams pitches himself to voters as a moderate, and not a typical Democrat, in a district that includes many Salt Lake City suburbs. He was among 16 Democrats who signed a letter vowing not to vote for Nancy Pelosi for House speaker.

Just about half of Mormon voters said they approve of the president on his handling of immigration (52 percent) and border security (54 percent). More say immigrants do more to help the country (55 percent) than hurt the country (41 percent). Nearly 7 in 10 Mormon voters — similar to the share of voters overall — also said immigrants should be offered a chance to apply for legal status, compared with about 3 in 10 saying they should be deported. Still, 54 percent of Mormons were in favor of the U.S.-Mexico border wall.

Hundreds of thousands of Mormons have served proselytizing missions around the world, making them more sensitive to Trump’s hard-line stances than other Republicans.