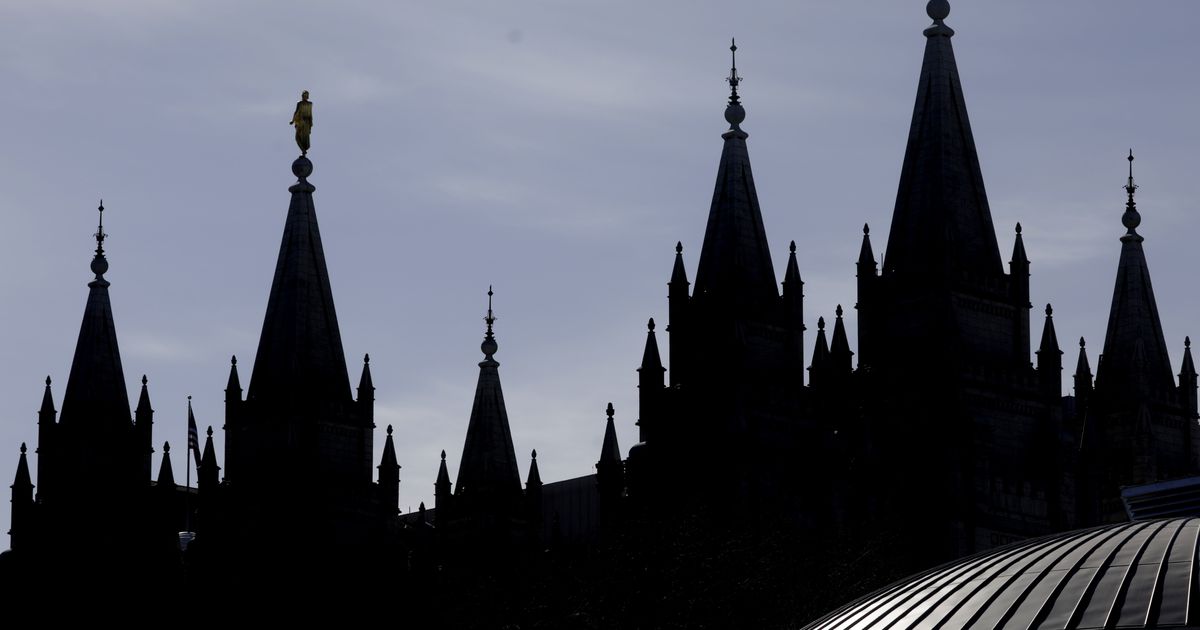 David Hiser felt sick to his stomach when he learned that a man he says sexually abused him in his childhood had been convicted of molesting someone else before him and was still allowed to be a youth leader in his church where the abuse occurred.

The revelation came during a recent period of awakening during which Hiser confronted the impact the sexual abuse he alleges happened in the 1980s had on his life — all of it at the hands of a youth leader in an Oregon congregation of The Church of Jesus Christ of Latter-day Saints.

Hiser, 51, filed a lawsuit Tuesday against the religion to which he still belongs, alleging the Utah-based faith failed to protect him despite warning signs.

He said he has struggled with years of shame, guilt, depression and suicidal thoughts as a result of the abuse at the Corvallis, Oregon, congregation. Hiser is seeking $5.5 million in damages.

He and his wife remain members of the faith known widely as the Mormon church, and said they didn’t take it lightly to sue their own faith but felt they had no choice.

The church “condemns all forms of abuse” and “is committed to a thorough review of these allegations as they are filed in court,” spokesman Sam Penrod said in a statement.

No listed phone number could immediately be found for the alleged abuser, Ron Kerlee, who isn’t named in the lawsuit. It’s unknown if he has an attorney.

The lawsuit, filed in U.S. District Court in Oregon, is the latest in a string of sexual abuse suits brought against the faith related to incidents that allegedly took place decades ago. The church reports more than 15 million members worldwide.

The church was hit with several lawsuits in December for allegedly covering up decades of sexual abuse among Boy Scout troops in Arizona.

Several lawsuits were filed in recent years claiming that church officials did not do enough to protect Navajo children from sexual abuse in a now defunct church-run foster program that placed thousands of Native American children with church families.

The lawsuits have drawn attention to how the church handles sexual abuse, including what lay leaders who run local congregations are supposed to do when a church member confides in them about being abused.

The church says it has “zero tolerance” for abuse of any kind and announced a new set of updated guidelines in 2018 for how male bishops should handle sexual assault reports. The guidelines direct them to never disregard a report of abuse — a more direct instruction than previous guidelines — and to call a church hotline that will help them assist victims and report the crime.

Hiser didn’t raise his allegations of abuse with church leaders or the police because he felt alone, confused and overwhelmed, said his attorney Peter Janci. He only recently dealt with what happened when he and his wife went through training to become foster parents and heard about signs of children who had been abused, which triggered a reckoning for Hiser.

But the church’s decision to allow Kerlee to stay on as a youth leader was “reckless” and put other children in danger, Janci alleges.

When Kerlee was convicted in Oregon of sodomy in 1983, church officials sent a letter to the court in support of Kerlee, who was given five years of supervised release, according to court documents provided by Janci.

Kerlee was also a licensed counselor in Oregon until his license was revoked in 2014 after he allegedly engaged in sexual activities with a male client, according to a copy of the revoking decision by Oregon state officials provided by Hiser’s attorney.

Hiser and his attorney contend the incident reflects a larger pattern of negligence within the faith of not adequately responding to abuse claims and protecting victims. The church’s hotline may sound good in theory, but sometimes serves as a way for the faith to protect its own interests over what’s best for the victim, Hiser said.

“It felt like the perpetrator was protected by the church, but the church didn’t look after the victim,” he said. “They didn’t do any looking into the youth he was involved with. Nobody came to give me a warning at that time. It kind of makes me a little sick to my stomach thinking. That’s why I don’t question what I’m doing now filing the lawsuit.”