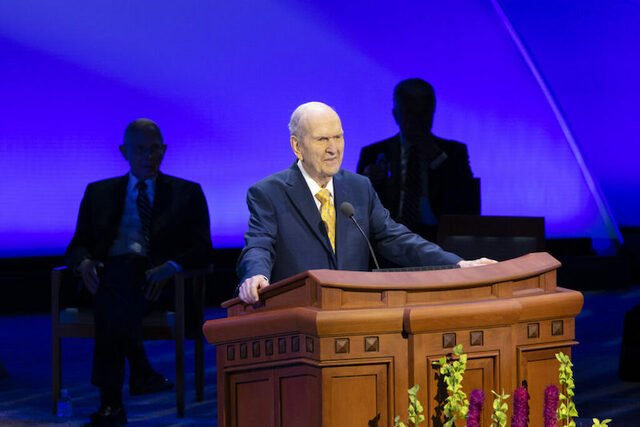 The Prophet Joseph Smith was the recipient of divine tutoring in remarkable ways.

During the virtual 2020 Mission Leadership Seminar on June 26, President Russell M. Nelson spoke about the Prophet Joseph’s many experiences with divine beings. For example, aside from the First Vision, Joseph saw the Father or the Son eight additional times. Four of these occasions were of the Father and the Son together while four others were of Christ by Himself.  According to Church News, Brandon Metcalf of the Church History Department assisted President Nelson in gathering and confirming information for the talk.

“These visitations provided him with a spiritual education unlike any other,” said President Nelson. “Joseph personally interacted with ‘divers angels’ from Adam ‘down to the present time, all declaring their dispensation, their rights, their keys, their honors, their majesty and glory, and the power of the priesthood’ (Doctrine and Covenants 128:21).”

The Prophet Joseph Smith was also visited by “dozens of ancient prophets, and angels.” The angel Moroni came to Joseph Smith at least 20 times in the 1820s. Additionally, Joseph Smith was “visited by 60 angels during his lifetime,” President Nelson said. Some of these angels included John the Baptist, Peter, James, and John, and Moses, Elias, and Elijah.

► You may also like: President Nelson on preparing ourselves and the world for the Second Coming

“Although we know little about the details and purposes of many of the other angelic visits, their cumulative impact provided Joseph with an extraordinary perspective of past dispensations and the ability to restore and renew plain and precious things,” said President Nelson.

Today, President Nelson said, revelation and inspiration are still available to those who seek it.

“You, too, can and will be guided by heaven in your work as you seek direction, guidance, and inspiration from on high,” he said.