In this day of increased anxiety, how does one find peace? Furthermore, how should one understand the United States’ history of racism through contemporary eyes?

President Dallin H. Oaks of the First Presidency of The Church of Jesus Christ of Latter-day Saints counseled students at Brigham Young University (BYU) on these topics during a campus-wide devotional address on October 27, 2020.

“The shocking police-produced death of George Floyd in Minnesota last May was surely the trigger for these nationwide protests, whose momentum was carried forward under the message of ‘Black Lives Matter,’” said President Oaks. “Of course, Black lives matter! That is an eternal truth all reasonable people should support.”

These prophetic clarifications can, President Oaks said, help us repent, change and improve.

“Only the gospel of Jesus Christ can unite and bring peace to people of all races and nationalities,” he said. “We who believe in that gospel — whatever our origins — must unite in love of each other and of our Savior Jesus Christ.”

President Oaks noted that the efforts of some today to erase from history people associated with slavery may “accomplish nothing but a bow to the cause of political correctness.” Instead, President Oaks encouraged “inspiration, education and clear thinking.” In his remarks, he related a recent and serendipitous encounter with some of the words of Winston Churchill from 1940.

Churchill was once a minority voice in Britain who warned of the evils of the Nazi government in Germany. Later, after many of his predictions came to pass, he became prime minister. Some of his colleagues in government wanted to punish those who had ignored his warnings and thus contributed to Britain’s lack of preparedness during World War II.

Churchill, however, saw folly in such an approach. 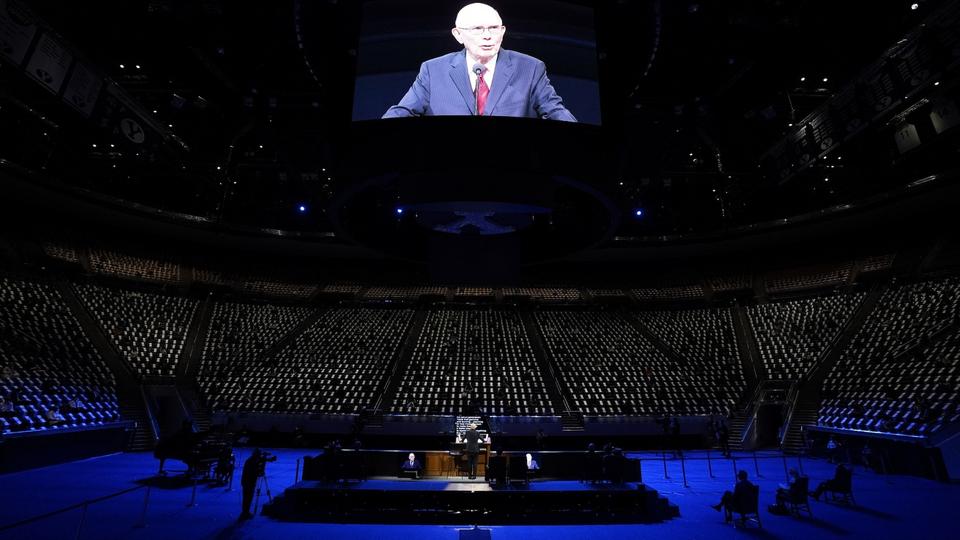 “There are many who would hold an inquest in the House of Commons on the conduct of the Governments — and of Parliaments … during the years which led up to this catastrophe. They seek to indict those who were responsible for the guidance of our affairs. This also would be a foolish and pernicious process. … Of this I am quite sure, that if we open a quarrel between the past and the present, we shall find that we have lost the future.”

This, President Oaks said, is important wisdom for our current moment.

“The predecessors of many Americans of different backgrounds made great sacrifices to establish this nation,” he said. “Whatever those sacrifices — of freedom, property or even life — let us now honor them for what they have done for us and forgo quarrelling over the past. Ours is the duty to unite and improve the future we will share.”

Pointing to several difficult portions of the Hebrew Bible and the Christian New Testament, President Oaks cautioned against using contemporary standards to judge these sacred writings.

“Using current definitions, some might call such divine actions and prophet-taught principles racist, but God, who is the loving Father of all nations, tribes and ethnicities, cannot be branded as racist for His dealings with His children,” President Oaks said. “Often the reasons for His plan are not known or understandable to mortals. ‘For my thoughts are not your thoughts,’ He said through the Prophet Isaiah, ‘neither are your ways my ways’ (Isaiah 55:8).” 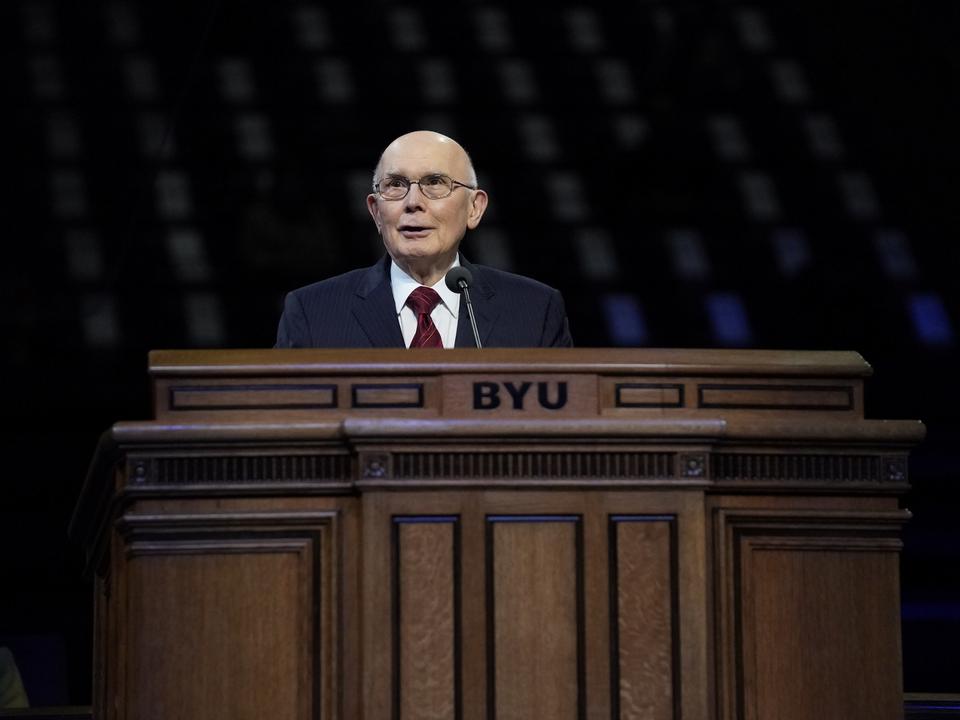 On the topic of the challenges of COVID-19 and a general heightening of anxiety, President Oaks continued to point students to the Savior of the world. As he did in a June 2019 talk at BYU–Hawaii, President Oaks said that at BYU and elsewhere in the Church Education System, increasing numbers of students are seeking counseling or mental health services.

Regardless of the cause of anxiety, President Oaks counseled students that their “first line of defense is always our faith in the Lord Jesus Christ. We trust in His promises of peace and in the cleansing that His atonement makes possible. Instead of being swept along in the anxiety and fear that is characteristic of your generation, rely on the assurances of a loving Heavenly Father. Rely on the counsel of His loving Son, a Savior who has assured us that ‘if ye are prepared, ye shall not fear’ (Doctrine and Covenants 38:30). The Lord promised that in the midst of prophesied destructions and tragedies, He will protect the righteous.”

Read the full text of President Oaks’ talk, titled “Racism and Other Challenges.”

This news release was provided by the Church Newsroom.