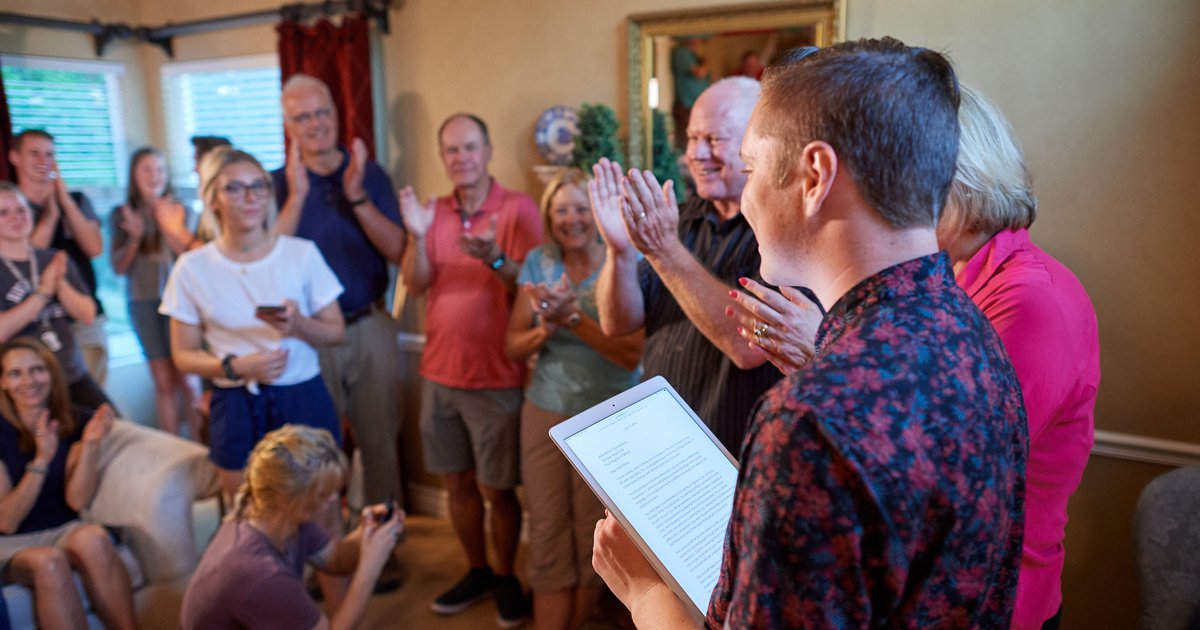 Yes, that big white mailer — the one announcing a Latter-day Saint’s call to serve in one of 400-plus Mormon missions worldwide, with its faith-promoting signature of the current church president at the bottom of the printed page — is being phased out.

Instead, an email will do the honors, telling full-time missionary candidates where they’ve been assigned to proselytize for two years (for young men) or 18 months (for young women). Maybe iPad openings will become the thing to do.

The church’s Missionary Department announced Wednesday that it has been testing a new process of sending mission calls via email — complete with a digital signature from the faith’s prophet — and is expanding the system to all its missionaries in Utah and Idaho.

By year’s end, officials say, nearly all missionaries-in-waiting worldwide with reliable internet access will get their calls online.

No more envelopes, paper, postage or lost-in-the-mail frustrations. More time for overseers to expedite visa applications or provide these prospective proselytizers immediately with maps or lists of items to bring along.

Billy Elliott, a 17-year-old in Fruit Heights, was at work when he got a text message saying his assignment was available online. After finishing his shift, he opened the email on an iPad in front of family and friends, and learned he’s going to Chiclayo, Peru, in November.

“It was pretty simple,” Elliott said in the church’s news release.

“It felt just like a regular mission call,” said his mother, Liz Elliott. “It was awesome.”

Mormons on social media had fun Wednesday giving a thumbs-up or -down to the move.

Electronic communication is the way most young Latter-day Saints get their news. It feels natural and normal to them, commenters noted. It will work efficiently unless, of course, the email gets stuck in spam, is accidentally deleted, or a character is missing in the name or address — setting off the same kinds of waiting anxiety as lost snail mail did.

There’s also the danger of hacking by disgruntled former members (or maybe the Russian mafia) or just plain old pranksters.

Some worry the email notices could set up a class system, leaving out those who don’t have an iPad or even access to a computer or the internet.

Many naysayers were, shall we say, from an older generation who prefer the printed word to a Kindle.

A letter seems more serious, more memorable, more formal, more framable, some argued. Would you like your college diploma to be tucked into an email or printed on a certificate suitable for display on the wall?

“I understand the church’s reasons, but I think there is something to be said for traditions that promote unity and build community,” Seattle resident Rob Harrill wrote on Facebook. “I received my envelope with the a.m. mail delivery during finals week [of college], and carried it with me in my backpack, unopened, through two final exams and a couple of afternoon study sessions.”

Harrill wanted to “open it that evening with family on the phone,” he wrote, and with friends “who had helped and mentored me as I decided whether I should serve a mission, and then prepared for it.”

That was “a great moment to share,” he added, “and it brought everyone closer.”

Even without the party atmosphere, the information contained in the envelope can change the course of a Latter-day Saint’s life — making the announcement more significant perhaps than which college accepted you.

The location of a candidate’s missionary service is made at church headquarters and is completely unpredictable. Yet many members change their college majors to study the place they served or the language they learned during their missionary labors.

Frankly, the moment is filled with anxiety, anticipation, joy and potential disappointment.

“Clever people will figure out a way to still do the gathering while opening the email on their phone or computer,” Pritchett wrote on Facebook. “That celebration is not going away just because the delivery system is different.”

And Peter Morkel has an even more techie — though tongue-in-cheek — suggestion: Maybe missionary candidates could get a video message from a Mormon apostle or member of the governing First Presidency who stares into the camera and says, “Elder/Sister Smith, you have been called to serve in the [whichever] mission.”

Now that would beat any autopen or digital signature.