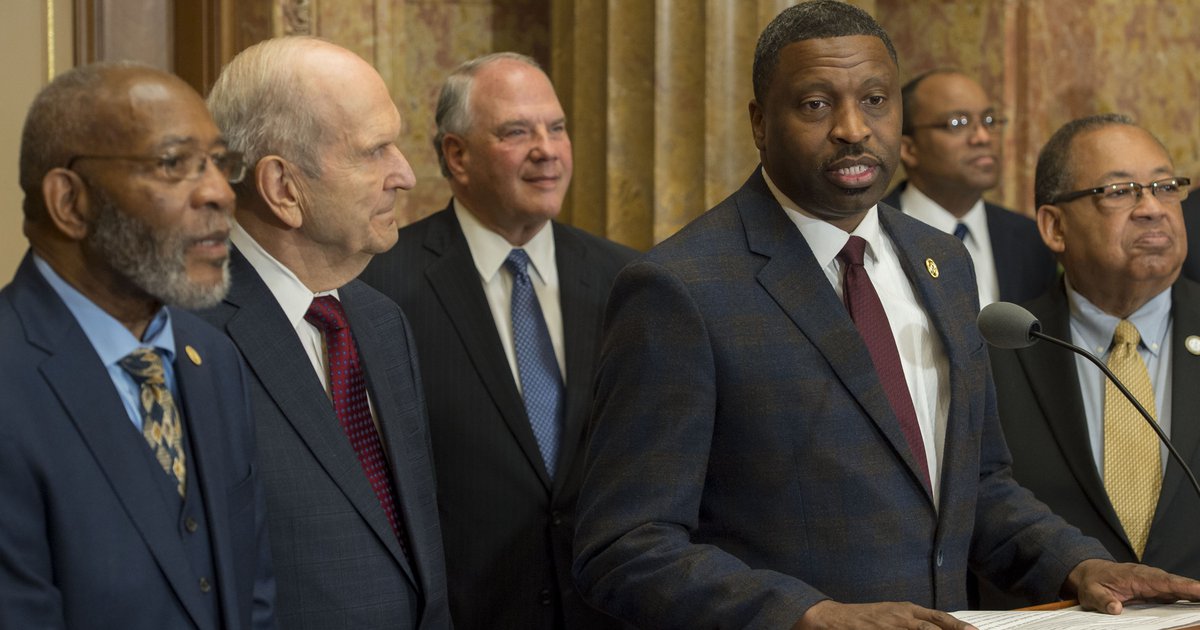 Taking another step toward solidifying the growing partnership between the LDS Church and the NAACP, the nation’s oldest civil rights organization has invited church President Russell M. Nelson to address its 110th annual convention in Detroit on Sunday.

“I’m honored to have The Church of Jesus Christ of Latter-day Saints stand in unity with the NAACP to advance equality and justice for all,” NAACP President and CEO Derrick Johnson said in a statement. “We must recognize and accept the importance of creating amity with those that are raising the consciousness of this nation — the church is committed to doing just that.”

A little more than a year ago, Johnson and Nelson strolled arm-and-arm into the lobby of the faith’s Administration Building in Salt Lake City, creating a powerful black-and-white image for both parties.

Representatives of the two groups have met several times over the past 18 months to plan and initiate a joint education and employment initiative in Chicago, San Francisco, Houston and Charlotte, N.C.

The relationship between these two groups goes back more than 50 years and was strained with racial tensions. In the 1960s, the NAACP protested Mormonism’s racial ban, excluding black men and boys from the faith’s all-male priesthood and black women and girls from its temples.

The NAACP leadership’s May 2018 visit to the Beehive State came at an auspicious time for Latter-day Saint blacks. A month later, the church marked the 40th anniversary of ending the ban, with an emotion-filled evening of music, storytelling and prayers for a harmonious future as members of every background filled the giant Conference Center in downtown Salt Lake City.

For the final number, Gladys Knight, the famed musician and Latter-day Saint convert, led the choirs and audience in singing, “Love One Another.” Nelson quipped he wished for an encore, then ended the evening with a call for unity in diversity.

Sunday night’s speech could indicate it was more than just words for the Latter-day Saint leader.