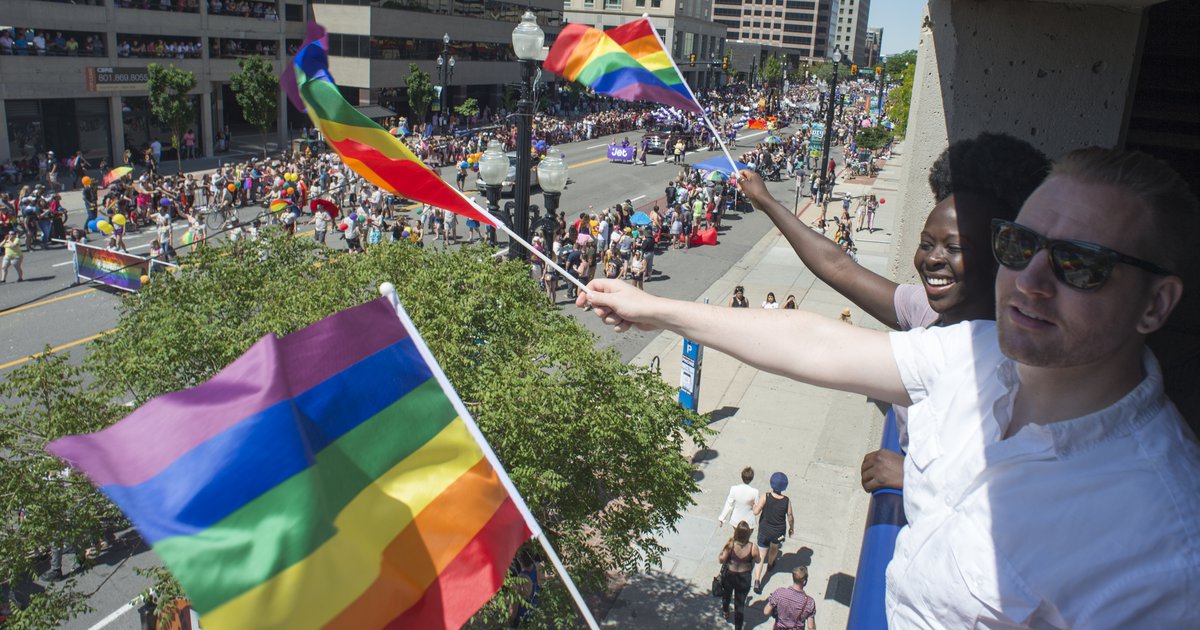 The LDS Church is breaking its silence on attempts to strengthen Utah’s hate-crimes law, potentially breathing life into a measure that has previously run aground in the Legislature.

The chief lobbyist for The Church of Jesus Christ of Latter-day Saints said Wednesday night he wanted to speak on the issue because of the perception that the Utah-based faith has derailed the bill in past sessions.

“Continually, we’re being blamed as the ones holding this up, and so we wanted to let people know that since 2016, we have not taken a position on hate crimes, and we are not opposed to a hate-crimes piece of legislation,” the church’s lobbyist, Marty Stephens, said.

Some lawmakers and advocates have said the hate-crimes bill has faltered in the past over the inclusion of lesbian, gay, bisexual and transgender people on the list of protected groups. However, Stephens said a hate-crimes bill that covers specific groups should not omit anyone typically included in such legislation.

“We don’t think anyone should be excluded that’s typically targeted,” he said.

Utah’s existing hate-crimes law is toothless and unenforceable, Salt Lake County District Attorney Sim Gill has said. In its two decades of existence, the statute has never been used to convict anyone of a hate-based crime.

Sen. Daniel Thatcher, R-West Valley City, has said he will reintroduce a bill this session that would enable judges to impose enhanced penalties for someone convicted of targeting a person based on ancestry, disability, ethnicity, gender identity, national origin, race, religion or sexual orientation. The list is based on groups that are protected under federal law, he said.

Added momentum could come from the national media spotlight that fell on Utah’s law after a brutal attack on a Latino father and son — Jose Lopez and Luis Gustavo Lopez — late last year. A 50-year-old man was accused of carrying out the beating while yelling about how he wanted to kill a Mexican, but prosecutors were unable to add hate-crime enhancements.

“Between the high-profile Lopez case … and this new clarification, I think we’re in a stronger position than we’ve ever been before,” Thatcher said. “I think we’re likely to get a hearing this year. I think the bill will pass overwhelmingly in committee. It will be a challenge on the floor, but I believe at the end of the day, this will be the year we get it passed.”

“The fact that The Church of Jesus Christ of Latter-day Saints evidently has weighed in on this and said they’re not opposed to it can’t hurt the possibilities. I don’t know that it changes everybody’s mind, but I think it’s certainly a discussion we ought to have,” Herbert said.

When asked about LGBTQ protections, Herbert said he wants gay people to feel safe and “anything we can do to enhance that, we ought to do.”

Troy Williams, executive director of Equality Utah, noted that legislators back in the 1990s resisted naming protected groups in state hate-crimes law because of opposition to LGBTQ protections.

Wednesday’s statement from Utah’s predominant faith represents an opportunity for the state to come together around a workable bill, he said.

“Hate doesn’t discriminate. Both LGBTQ people and Latter-day Saints have a history of being victims of hate and violence,” Williams said. “So with this new clarification, we hope lawmakers alongside other faiths and ethnic communities will unite in support of this legislation.”

This year will mark the fourth recent effort to add teeth to Utah’s hate-crimes law.

In 2016, then-Sen. Steve Urquhart said the LDS Church’s opposition dealt a fatal blow to his hate-crimes bill. At the time, the church had voiced the desire to maintain a balance struck the previous year, when the Legislature passed a landmark LGBT anti-discrimination law with the faith’s blessing.

Stephens acknowledges that the church requested a one-year moratorium after the anti-discrimination law passed but said it stayed neutral on the hate-crimes bills of 2017 and 2018. However, some lawmakers interpreted the church’s silence as opposition, Thatcher has said.

When asked why the church hadn’t previously clarified its stance, Stephens explained that the faith is in “an unusual position.»