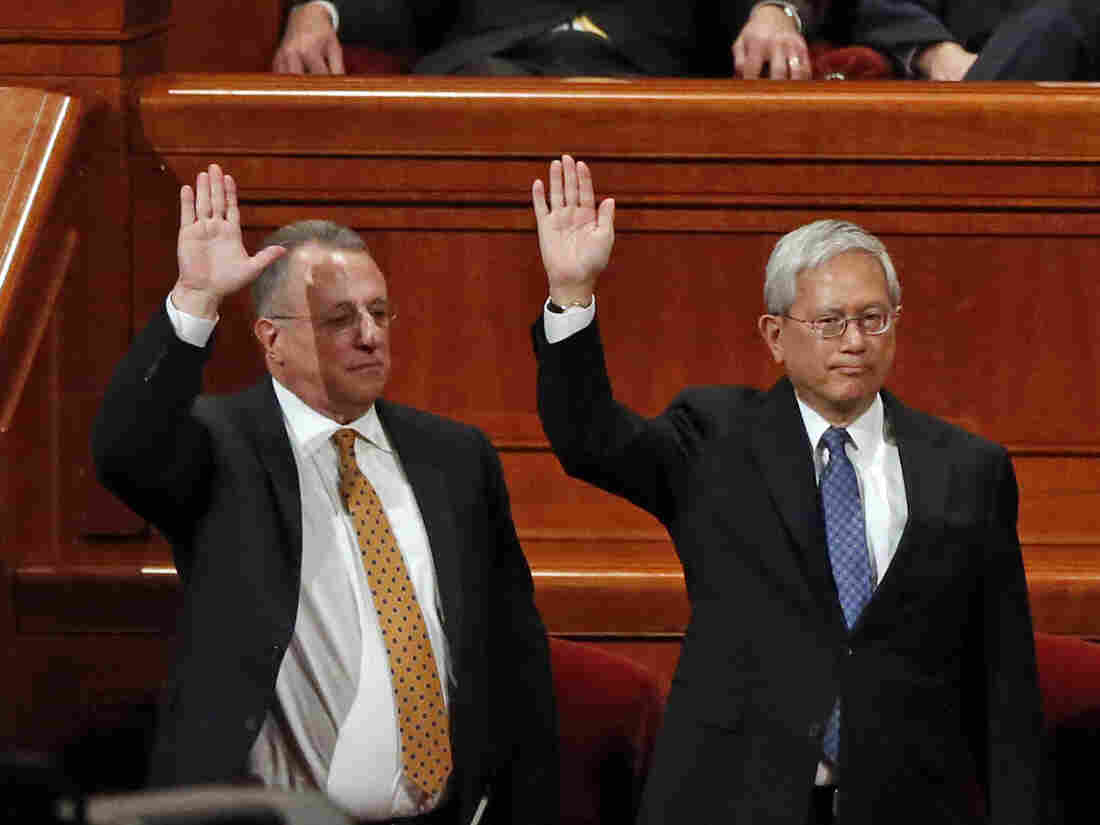 At a conference this weekend in Salt Lake City, the Church of Jesus Christ of Latter-day Saints announced the introduction of the first-ever Latin American and first-ever Asian-American apostles to its Quorum of the Twelve Apostles. Rick Bowmer/AP hide caption 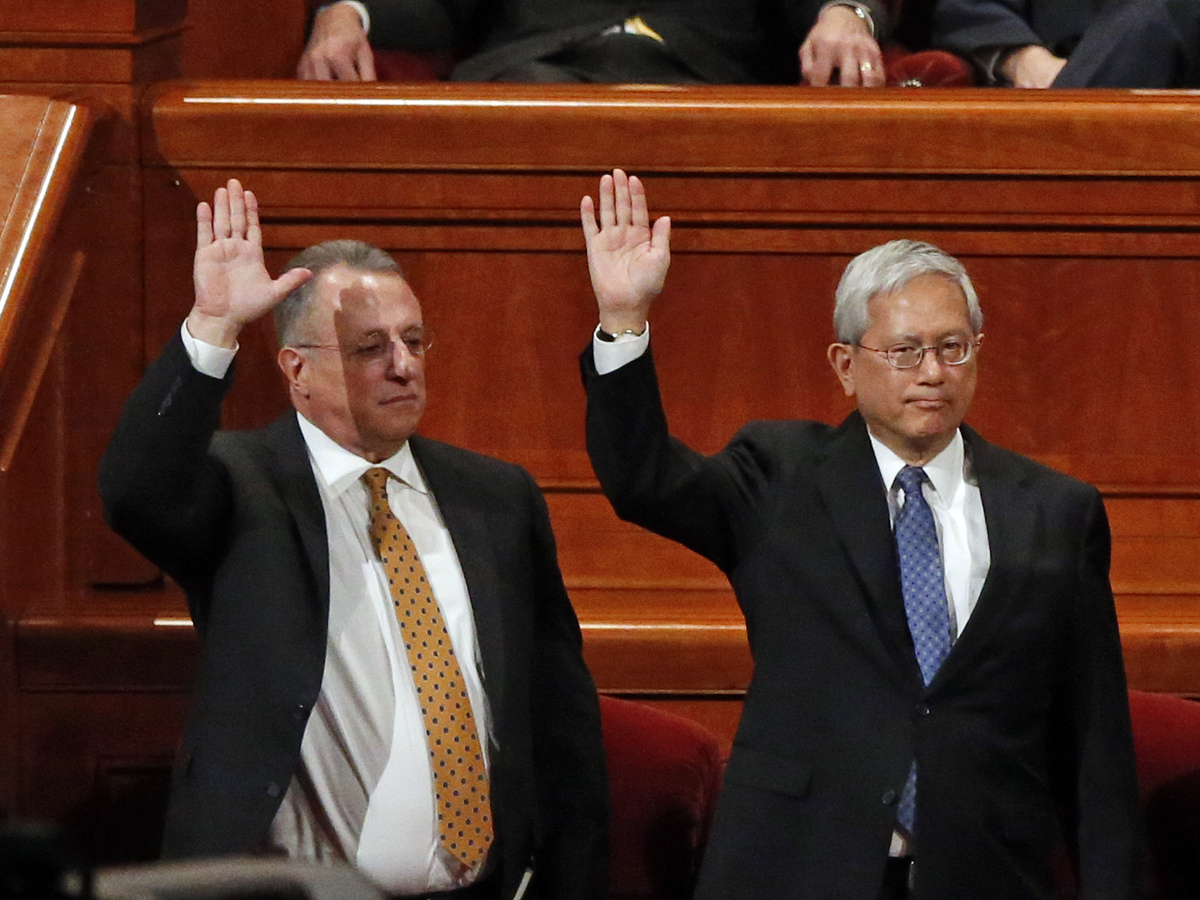 At a conference this weekend in Salt Lake City, the Church of Jesus Christ of Latter-day Saints announced the introduction of the first-ever Latin American and first-ever Asian-American apostles to its Quorum of the Twelve Apostles.

This Easter and Passover weekend, it’s the Mormon Church that is making headlines. On Saturday, the church’s first Latin-American and first Asian-American apostles were named.

The two men diversify the Quorum of the Twelve Apostles, whose top leaders until today consisted solely of white men. One apostle, Dieter Uchtdorf, hails from Germany. They rank below the church president and his two counselors, acting as the core group of Mormon policymakers.

One of the new apostles, Ulisses Soares, 59, was born in Sao Paulo, Brazil. He earned a bachelor of arts in accounting and economics and then a master’s of business administration. In addition to his service at the church, he worked as an accountant and auditor for multinational corporations.

The other newcomer, California-born apostle Gerrit W. Gong, pursued Asian, university and philosophy studies before receiving a doctorate in international relations from Oxford University. He served as a special assistant to the undersecretary of the U.S. State Department and as a special assistant to the U.S. ambassador in Beijing. He also worked at the Center for Strategic and International Studies in Washington.

The announcement was made during the first day of the semi-annual conference of the Church of Jesus Christ of Latter-day Saints. Conference sessions are broadcast by satellite to congregations around the world. Attendees at the Salt Lake City gathering also raised their hands to support the new president, 93-year-old Russell M. Nelson, a former surgeon and medical researcher.

Church leaders advance to the highest positions in the faith by virtue of their age and years of service. Mormons believe the process is guided by God. Nearly half of the 12 Apostles joined in the last three years due to the deaths of aging members, reported the AP.

In a 2015 interview with NPR, Matthew Bowman, author of The Mormon People: The Making of an American Faith, suggested that diversity was likely as spaces opened up in leadership panels. «I think Mormons have been waiting for that for quite a while now,» he said.

This week, the church also updated its sexual abuse reporting guidelines for leaders in its lay clergy. The church has a long history of sexual abuse allegations involving members, lay clergy and leaders in church-sponsored Boy Scout troops. The updated guidelines follow recent reports of alleged sexual assault in the 1980s of the leader of the faith’s flagship Missionary Training Center in Provo, Utah.

In the era of #MeToo, the church’s handling of the scandal has been criticized by some church members. After the accuser came forward, Mormon Church attorneys reportedly compiled a 5-page dossier on her past.

«The email included the woman’s criminal record, alleged false allegations she’d made in the past, and jobs she’d lost. It even included details about an incident that occurred when she was 17 years old. Bishop encouraged reporters to examine the woman’s past adding, ‘consider the source,'» reported KUTV’s Chris Jones.

In response to the new sexual abuse guidelines, Mormon opinion columnist Holly Richardson wrote, «First, we cannot assume that every leader will always be able to discern when an abuser is lying. Typically, abusers are skilled at lying and manipulation. They’ve been working on their cover story for years.»

At the conference this afternoon, someone shouted, «Stop protecting sexual predators.» The conference continues Sunday.