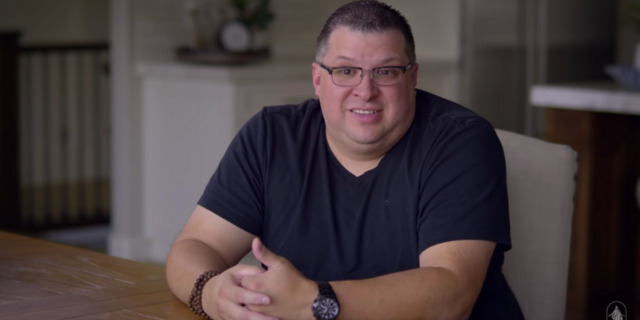 It started out with some poker home games, and on occasion, visiting a casino to play. Then one night his friend handed him a pill so he could stay awake and alert to gable all night long. He later found out the pill was meth, and Josh was hooked immediately.

In a new video in the His Grace series, Josh shares his story and how prayer brought love and light back into his life after addiction.

When Josh’s wife learned the truth about his addiction, she took their two children and left. And that prompted Josh to change.

“I went back into our home and I told myself, ‘I have two decisions here. One, I could keep doing what I was doing, which would eventually lead to death either by hand or the drug. Or two, I could get clean.’ And I knew I couldn’t do it alone,” Josh says in the video.

Josh started to meet with his bishop, sometimes meeting with him three to four times a week. His bishop encouraged him to focus on reading the scriptures and praying. One day, after coming across a scripture in Matthew about how the Lord openly rewards those who pray in secret, he decided to say a prayer in his small closet.

“I had pleaded for help. I had asked for forgiveness,” Josh said in the video. “I had asked for change and help before, but this time was different. . . . I said, ‘You know what, OK, I put myself into your hands. You tell me what to do, and I’ll do it.’ And the moment I said those words, I felt love. I felt light.”

Watch the full video on YouTube to hear more about what Josh learned about God’s love.